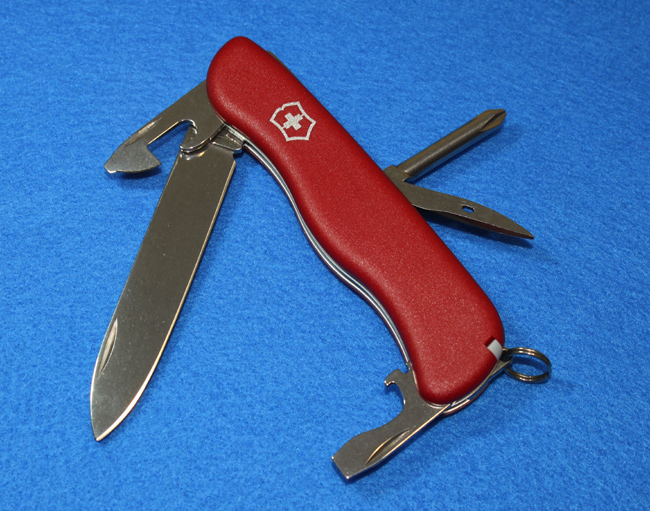 The Adventurer is a slim two-layer Victorinox 111mm model with a liner-locking plain edged blade.

The original version (prior to 2017) of this model was slide-locking - see History.

Name Disambiguation: The 108mm Solo was initially named the Adventurer.

The blade in the original version was slide-locking

All variations are of the slide-lock version: