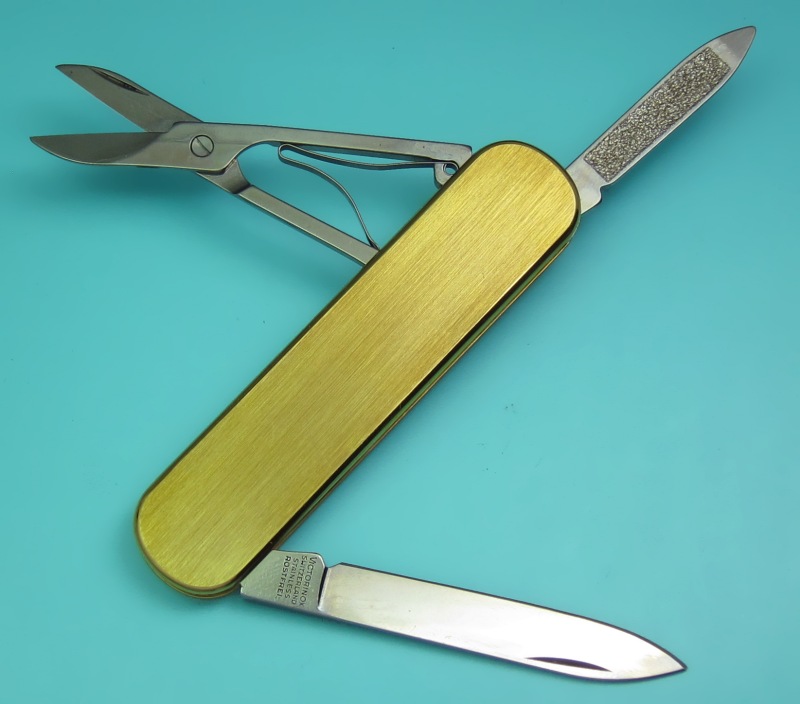 The Victorinox Ambassador is a 74mm Swiss Army knife. It is a slightly larger version of the well-known 58mm Classic, although normally does not include a keyring.

Early North American brochures list an Alox scaled version, without a keyring, as the Lady Victoria.

Normally available with the standard red Cellidor scales. It is also available with camouflage scales.
Natural horn, mother of pearl and other special materials were used for luxury models.

In North America the 'Lady Victoria' name appears to predate the Ambassador name. The Lady Victoria had smooth Alox handles and no keyring. Many smooth alox scaled versions were also used in advertising and had company names on them. The Alox scaled knives don't include the toothpick or tweezers.