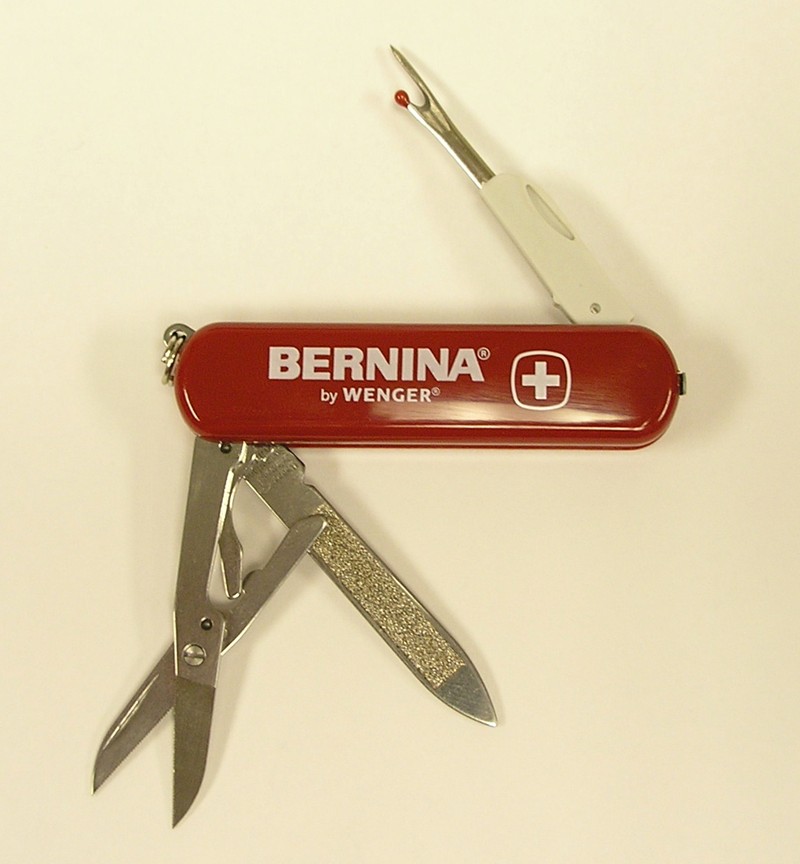 The Bernina Mini Spot Light is a 65mm SAK produced in collaboration with Swiss sewing machine manufacturer Bernina.
It contains a unique seam ripper tool designed specifically for the tailor or seamstress. This model was also sold under the name Bernina Promotion Tool.

The seam ripper is intended to be started in one end of a fabric seam, then pushed along forward, quickly cutting through threads along the way. 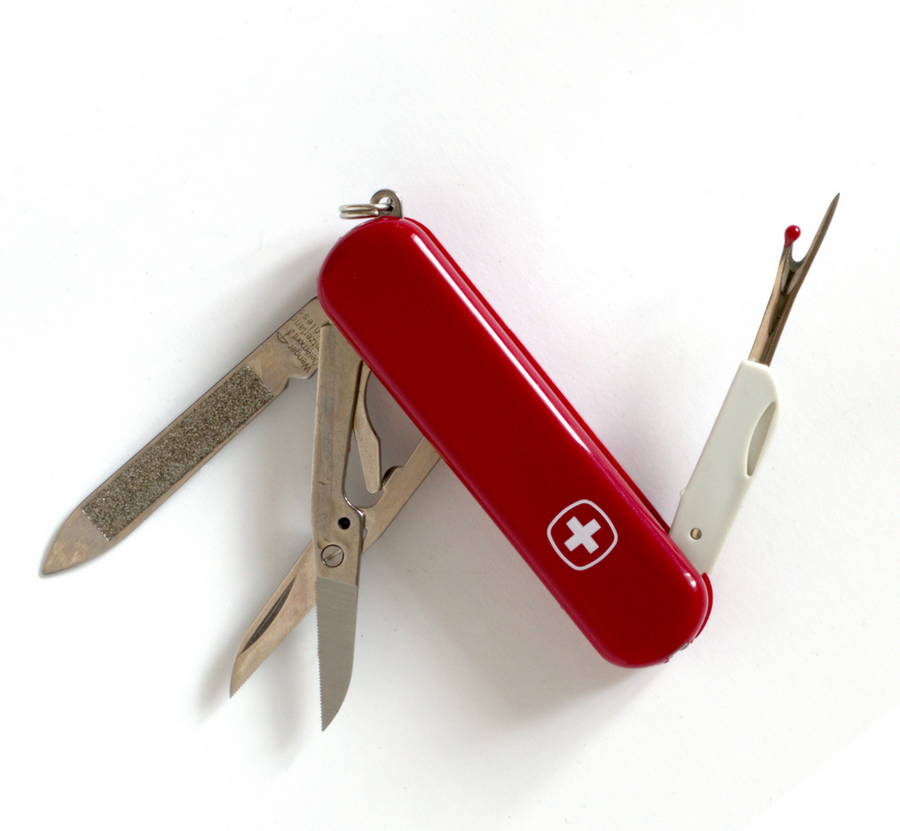 Bernina Promotion Tool without a lettering

Handle scales are standard red Cellidor.
"BERNINA by Wenger" is printed on the front, along with the Wenger crest. (Also known a variation without this lettering.)
The backside has a small pictograph of a light bulb, indicating where to press in order to turn on the LED.