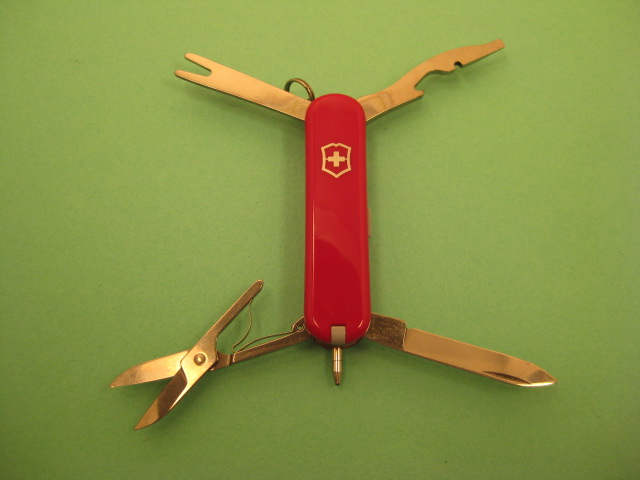 The Caddy Plus is a 58mm Victorinox model made for golfers.

An unnamed variation has the divot tool and blade opposite the bottle opener/screwdriver, but no scissors. The scales contain the normal tweezers and toothpick. If named, or otherwise identified, this would normally be considered a different model, given the tool change.