The Victorinox Cadet Plus and Cadet II Plus were two special-run three-layer 84mm Swiss Army Knives with alox handles, both adding a woodsaw to the 84mm Cadet. 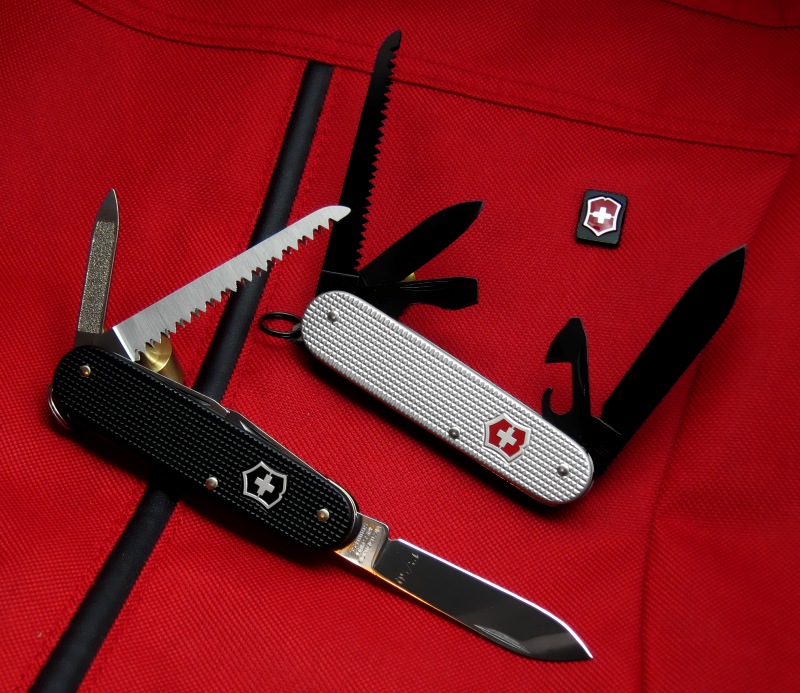 These models were first manufactured in April 2011 as part of short run of only fifty models in two configurations (100 in total). Since these are not regular production models, the names are not official.

These models will primarily be of interest to collectors due to their limited availability.

Note: This tool configuration was sometimes assembled in the past by individual modders. The easiest way to identify these versions is to look at the rivets which can be identified as done by hand for the custom built knives.

Historically the original Cadet and Cadet II models switched names over time, as such, the Cadet Plus configurations align with the contemporary Cadet models for consistency with the current names.

All these variations were produced for the US Dealer Swiss Bianco.