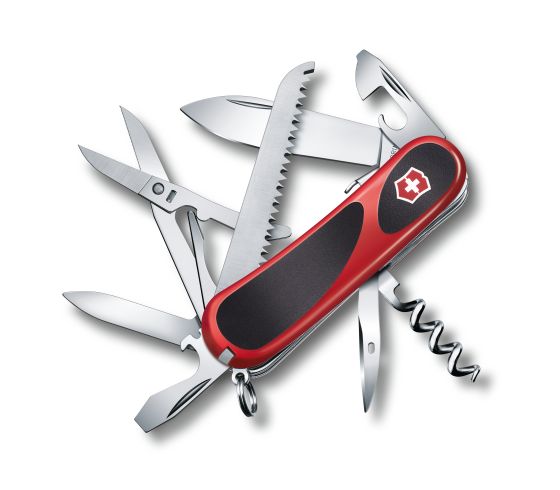 In 2005 Victorinox took over Wenger. They ran the two companies completely independently, with separate product lines, for several years. But in 2012 Victorinox announced that they would cease production of Wenger Swiss Army Knives, and from 2014 only Victorinox branded models were produced.
However, Victorinox decided to continue manufacturing some of the former Wenger knives in the 65mm, 85mm and 130mm range under the Victorinox 'Delémont' brand, paying homage to the Delémont valley in the Canton of Jura, Switzerland, where Wenger is based.

The models in the list below, from the Wenger 85mm range, are still available as Victorinox 'Delémonts'. Note: Victorinox kept the Wenger model numbering.

These alterations were made to the Wenger 85mm for the Victorinox versions:
Main picture: EvoGrip 17

Notes: The 'S' prefix in the model number designates a locking main blade - Although most of the models in this list are also available in S versions.

* Indicates a joint page with the corkscrew model. 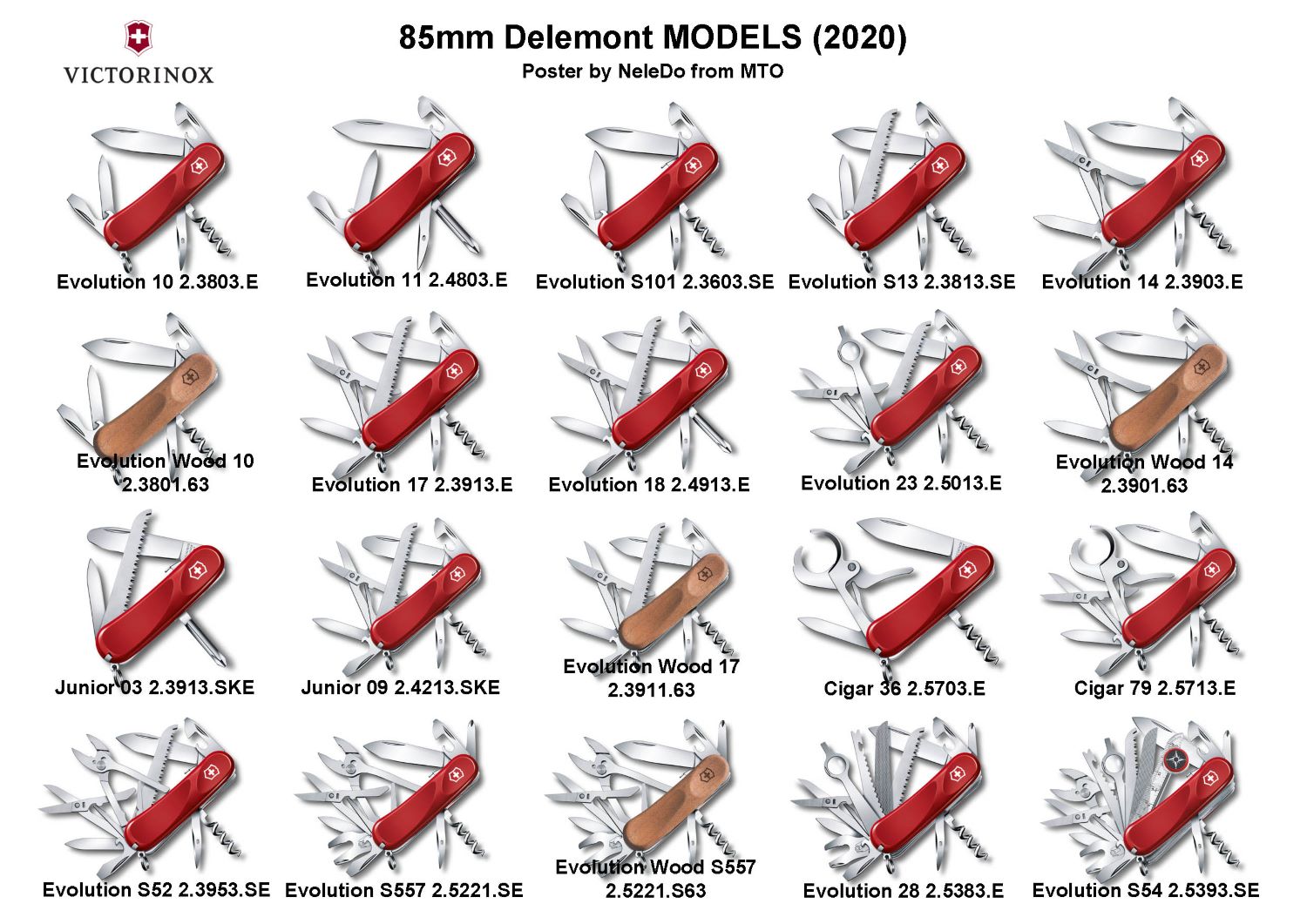