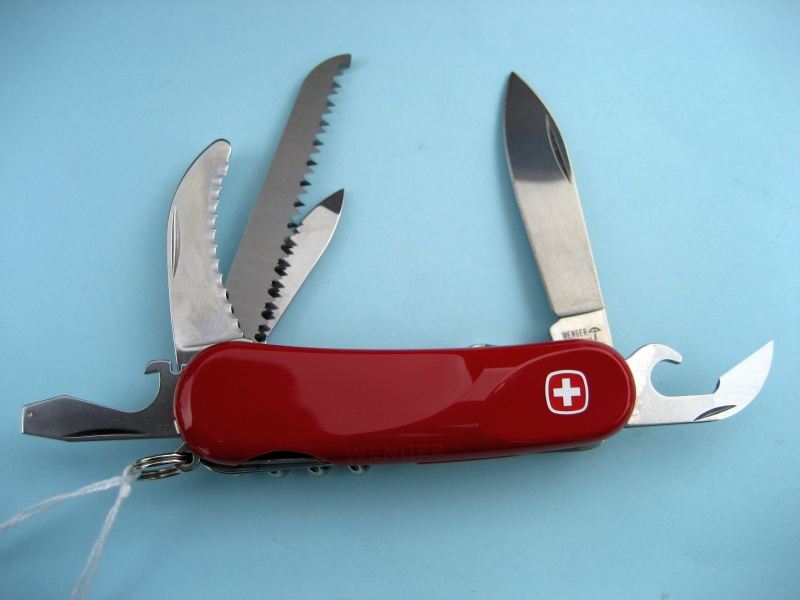 The Wenger Evo Hunter 505 (also known as the EvoHunter 505) is a medium sized 85mm four-layer model with a small serrated hunter's skinning blade that is unique to this model.
The blade looks very similar to the Victorinox blade for the same purpose from their 111mm Hunter. It is possible that this blade was adapted to the Wenger knife for this special edition.

The 505 Hunter was also available with AP Blaze and Snow scales.

It was most likely first manufactured in the last quarter of 2009. They were seen in the Czech Republic from January 2010.

From Wenger: - Translation from Italian
"This model was produced in only 500 pieces. Initially, the knife was produced for the Czech Republic (300 units). Then an 200 additional units were produced, which were sold in different countries: Italy, Netherlands, Spain, Hong Kong and Venezuela."