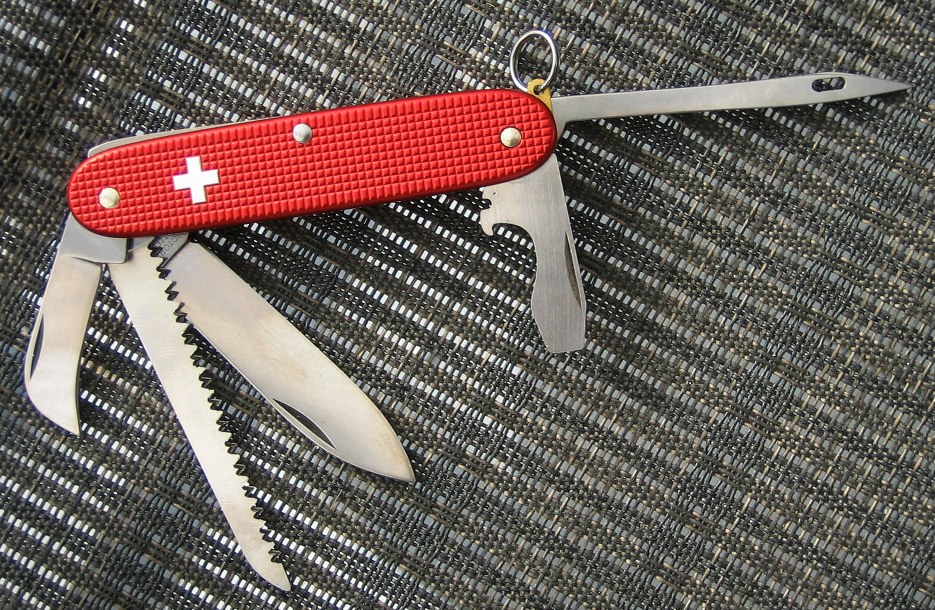 The Victorinox First Mate is a 93mm red alox Swiss Army Knife intended for marine use. This model includes a marlin spike with a sewing eye so it can also be used as a sacking-needle, or to sew/repair other heavy textiles.

The original First Mate had red Alox scales, with the old silver cross emblem instead of the current Victorinox logo. Some silver Alox scales with the red Victorinox shield were used much later for a relatively small number of knives. See variations below for some collector editions in other colors.

In 2009 a small stash of red Alox models were found NIB and sold. At the same time some silver Alox models were made available, it is quite possible they were assembled from spare parts. These ones are more rare than the red Alox models. According to email communications with Victorinox, only between 550 and 600 of the sliver First Mate knives were built between 2005 and 2008. This would make them quite rare relative to other models, and they were, probably the last SAK model to be built with the marlinspike.