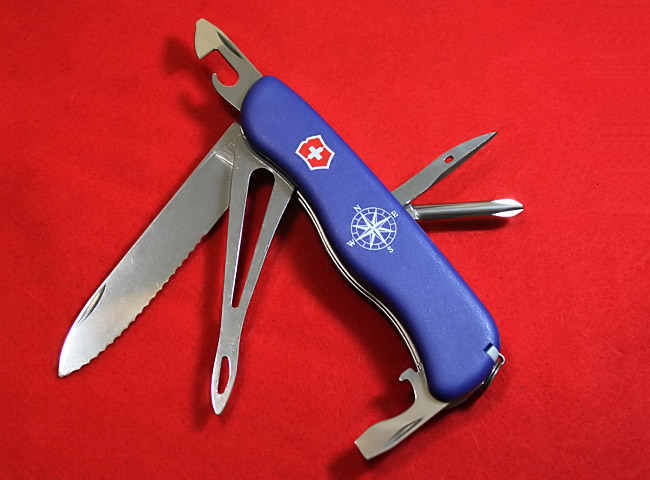 The Victorinox Helmsman is a 111mm knife with a locking, partially-serrated blade (other blade styles were also available), and a shackle opener/marlin spike. The handles were an atypical royal blue colour with a ‘nautical’ imprint of a compass rose. This model was specifically designed to help with marine related tasks.

There was a variation with a corkscrew instead of the backspring Phillips.
An earlier version of this model was known as the Mariner.

Several variations were available for these models.

The variations with red handles are reasonably uncommon and prized by collectors.

The Helmsman has been discontinued for several years (since late 200x? – tbc). Presumably due to overlap in functionality with the Skipper.