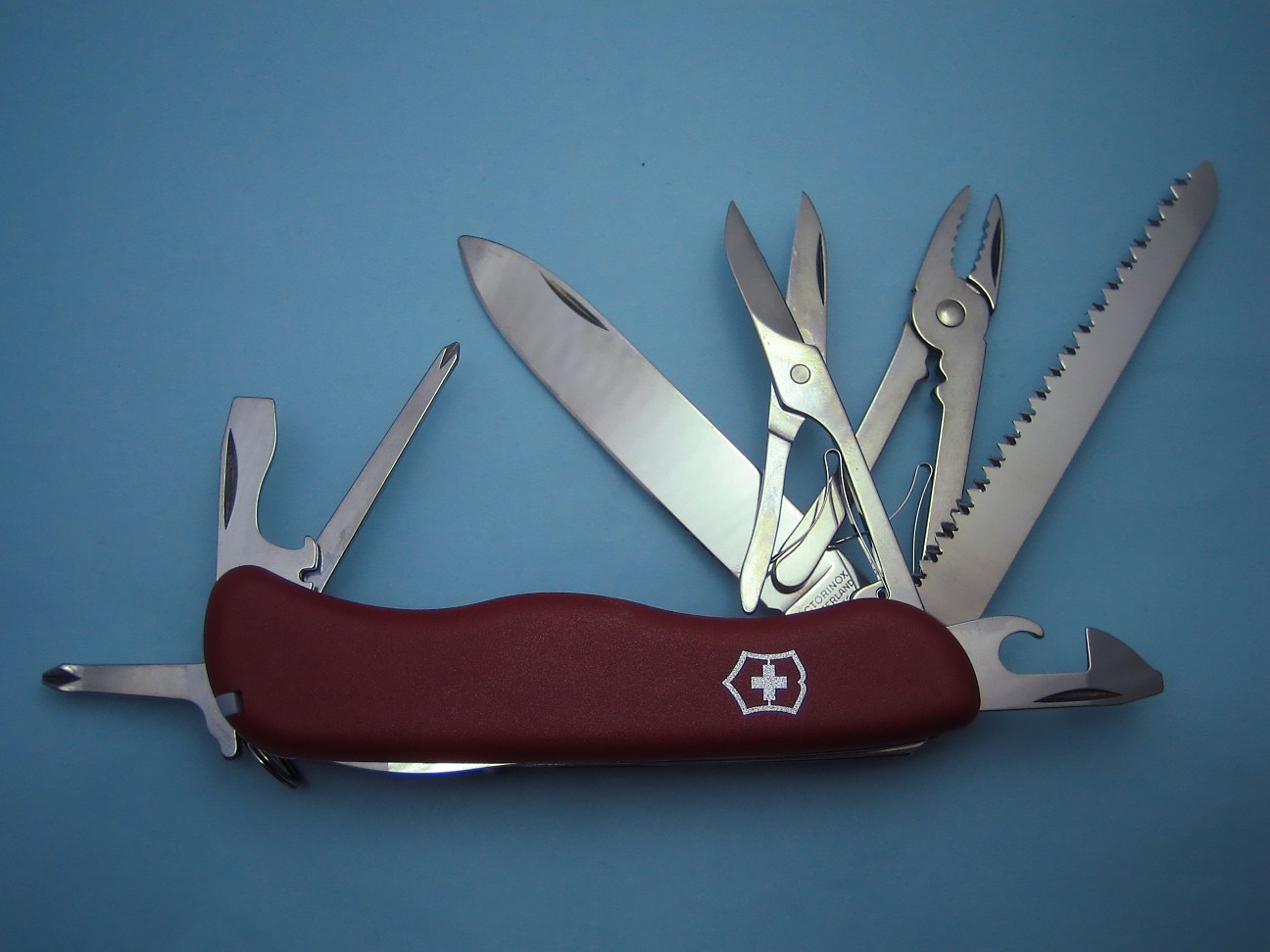 The Hercules is a 111mm liner-locking Victorinox knife, and, as its name implies, it's big!

It is not the largest 111mm sized knife, but once you hold it you might find that hard to believe. Besides its huge size it also has a very useful tool set, including an interesting arrangement with two in-line Phillips screwdrivers.

The original Hercules model was slide-locking .

* In the original version:
The main blade was slide-locking; The screwdriver was not locking

An earlier version of the Hercules was produced without the long-inline-Phillips screwdriver - similar to the earlier Outrider model
It was also available with dark green scales.

In 2017 Victorinox completely revised their 111mm product line and ceased production of slide-lock models. The Hercules was converted to be liner-locking as part of that change.