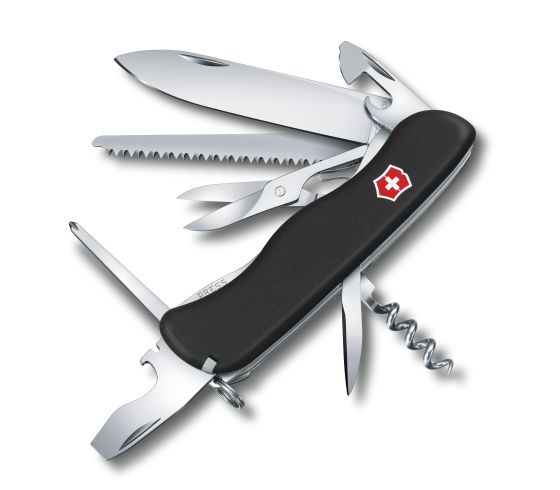 The Outrider is a Victorinox 111mm model that features a liner-locking main blade.
This model has four layers (one double layer, no-liner), which at 111mm amounts to a fairly large knife. It is the smallest 111mm knife to include the scissors tool, and it also contains the less common long inline Phillips screwdriver.

The original version of this model was slide-locking

* In the original version:
The main blade was slide-locking; The screwdriver was not locking

Red Nylon. is standard.
Black and camouflage scales are also available.
The original version has a grey slide-lock release button on the bottom scale

The original Outrider model did not contain the long in-line Phillips smaller-headed screwdriver, although this was installed for a few years prior to the conversion to liner-lock. See the photo below and click for a larger view.