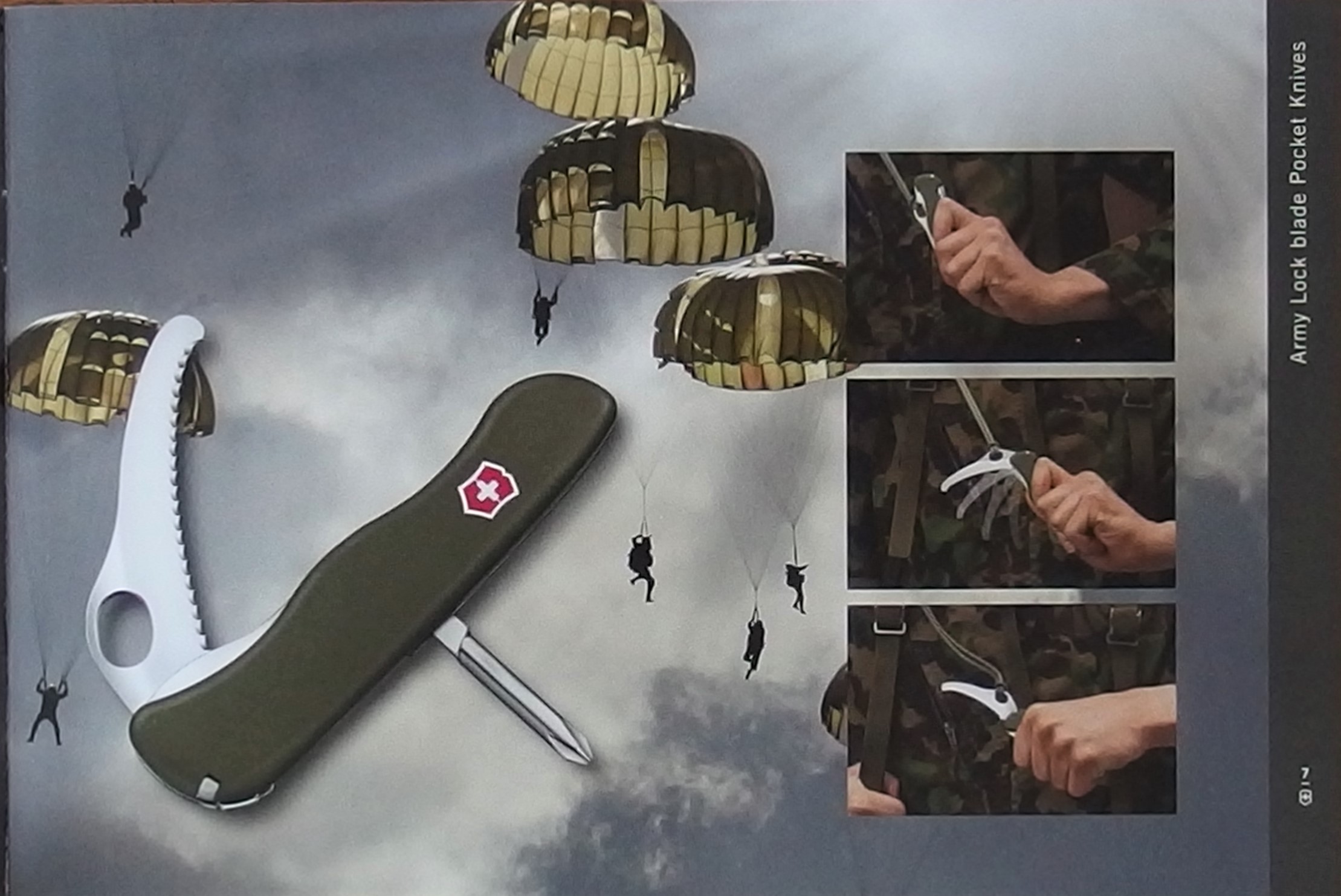 Announced in 2018, the Parachute Knife is a special order 111mm Victorinox Swiss Army Knife with only a single tool layer, designed for use as an emergency knife for military parachutists or first responders.

The design is unusual as the single main blade opens on the thick end of the handle. This is because the blade is the same as the one found on the Hunter XT, Hunter XS and Dual Pro models, where it is the secondary emergency blade.

An unconventional blade deployment method is shown, whereby a short cord tied to your person and then to the OHO hole of the blade, can be used to immediately deploy the blade in an emergency situation.

Being a single layer with only a single blade, this is a very thin SAK, as can be seen in this image.

Green nylon scales were shown in the original marketing images, however production examples have green and black dual-density scales, as found on the Soldier 2008. As a special-order SAK, different coloured scales can be ordered, including military, or other insignia.

Images of the Parachute Knife first surfaced in 2018, appearing in a Victorinox military/law enforcement brochure. Reported to have been introduced at the Malaysian Army show in 2018, initial minimum order was 500 pieces, according to a Victorinox representative at the Eurosatory exhibition that year. The minimum factory order is apparently reduced to 30 pieces, but this may be without custom scales or printing. A 2018 sample with the Indonesian Army Special Forces SAT81 Paratroopers insignia on green dual-density scales is known, although details of this production order are unknown.