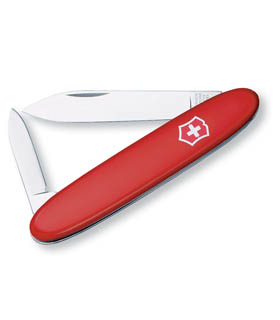 Red Cellidor scales. Currently it is available in the standard red Cellidor but at one time there was also black, blue, white, green and gray. Additionally, a blue version is sold with both the Victorinox logo and a Cub Scout logo on the front scale.