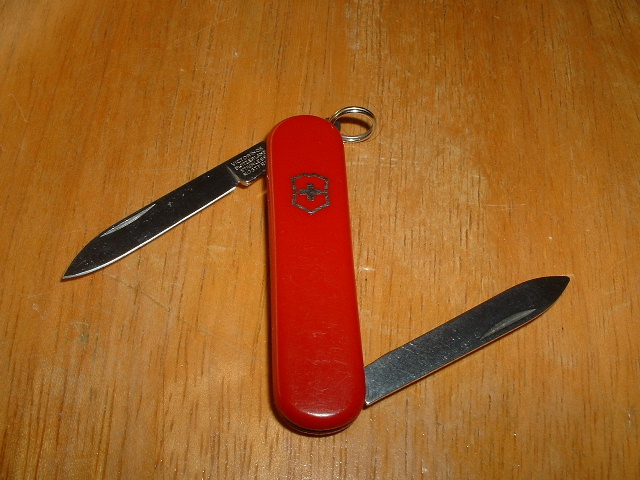 The Princess is a rare single layer 58mm Victorinox Swiss Army knife. The model is very thin, as it is only the width of a single tool layer, having two tools on opposite sides of the knife. The scales are thinner than normal, because they don't contain the tweezers and toothpick, allowing them to be solid and extra thin.
Table of Contents

Solid Cellidor scales, available in red and a few other colors.

Vintage model number (620) with an exposed rivet construction and older cross-cut nail file, and no keyring. At the time it was manufactured, this model only had a number and no official name.

While not an official name, these old models represent similar tool configurations, in Dogbone scales.

First introduced around 1980, it is not currently manufactured. The date it was discontinued is unknown.