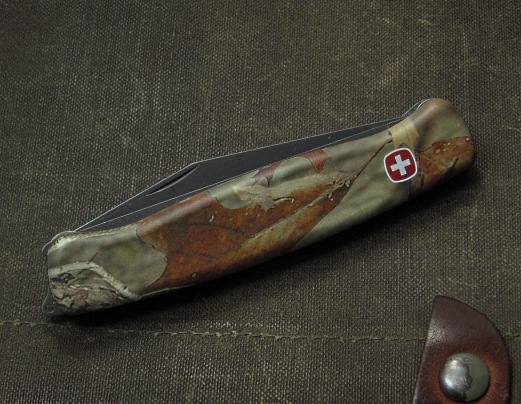 The Wenger Ranger 10 is a two-layer model, which was also known as the Century with Woodsaw.
This model contains a large locking main-blade and a wood saw, and unusually, no back-tools or opener-layer.

Gray/black Nylon scales, less common is a red-scaled version.
One side carries the Wenger cross logo, along with the Wenger W icon moulded into the scales. The opposite side has a rectangular window and a sliding red switch that activates the blade lock-release.
Also available in two camouflage versions: Realtree Advantage Timber and Realtree Hardwoods.