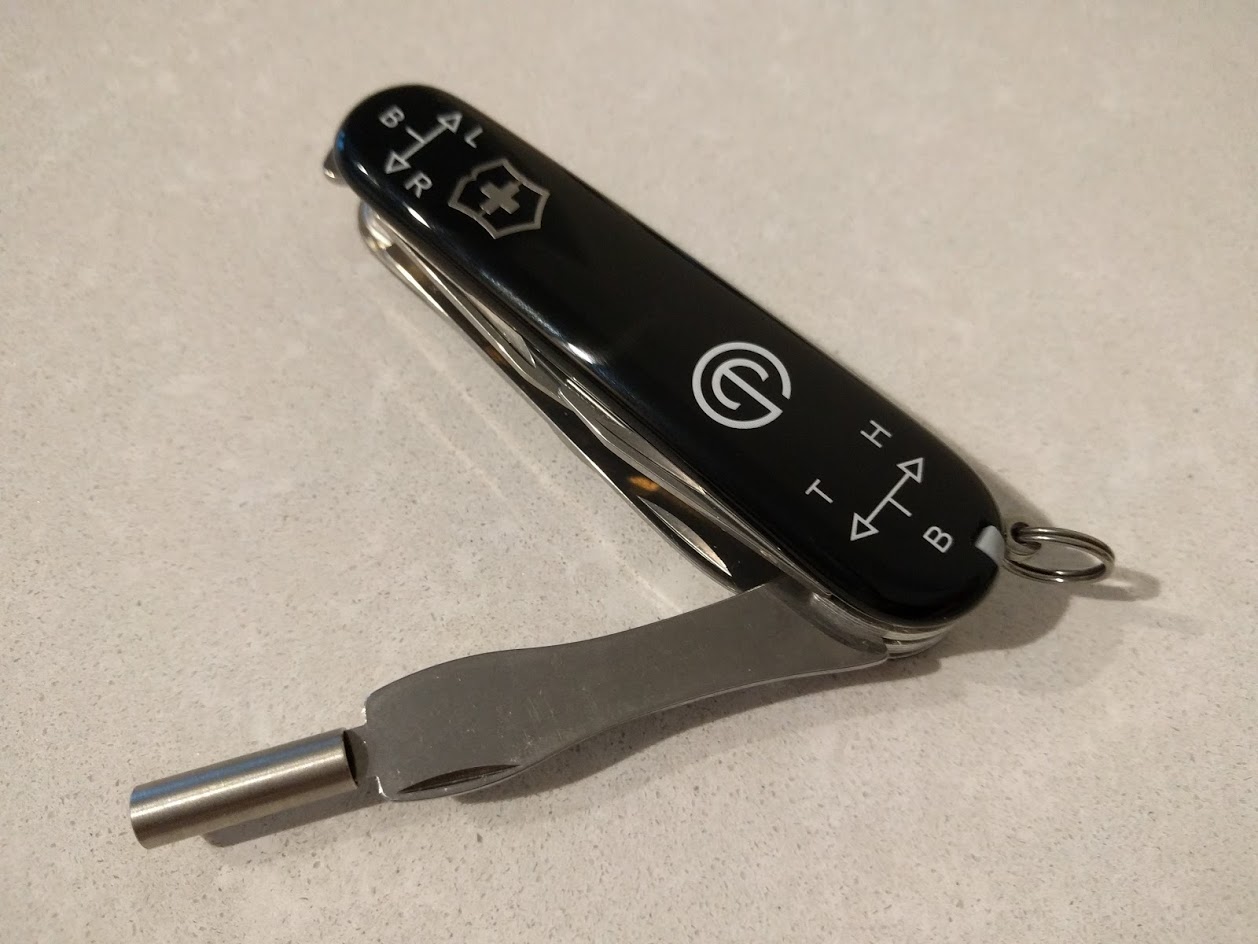 
It consists of two sub-tools for the rotating diopter drum rear sight adhustment (for higher/lower and right/left adjustment). 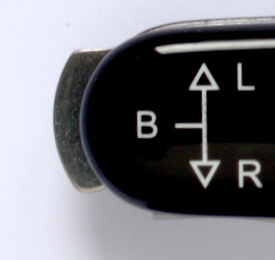 The right/left adjustment sub-tools seems to be the same for Wenger and Victorinox models.

But the higher/lower adjustment sub-tools have some difference in design (see photos).

The front scale of the knives has several markings that indicate how to use the sight adjustment tool.