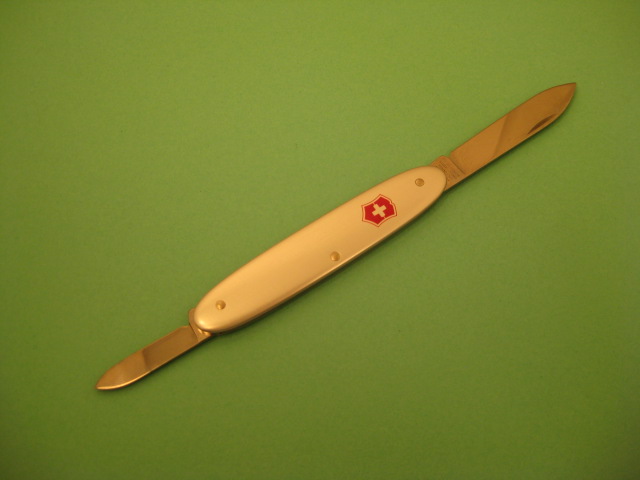 The Secretary is an 84mm smooth Alox handled Swiss Army Knife from Victorinox.
It is one of the most minimal of the Victorinox knives, as it has only two blades in a single layer with thin Alox scales.

Usually silver Alox scales.
There is also an earlier, discontinued, and now less common red Alox model.
Other colours have been available.

The Red Alox model (0.6900.10) was produced until 1999, and was also available with a keyring (model 0.6901.10). This model has a long history so earlier models can sometimes be identified by the tang-stamp on the main blade, scales, or tool differences.
An older version with the Victoria and crossbow tang stamps is known to exist.
Known in the US at one time as the Buddy.
Since 2017, this model (0.6901.16) with a key ring is available as the Excelsior (and is also available with regular Cellidor scales).