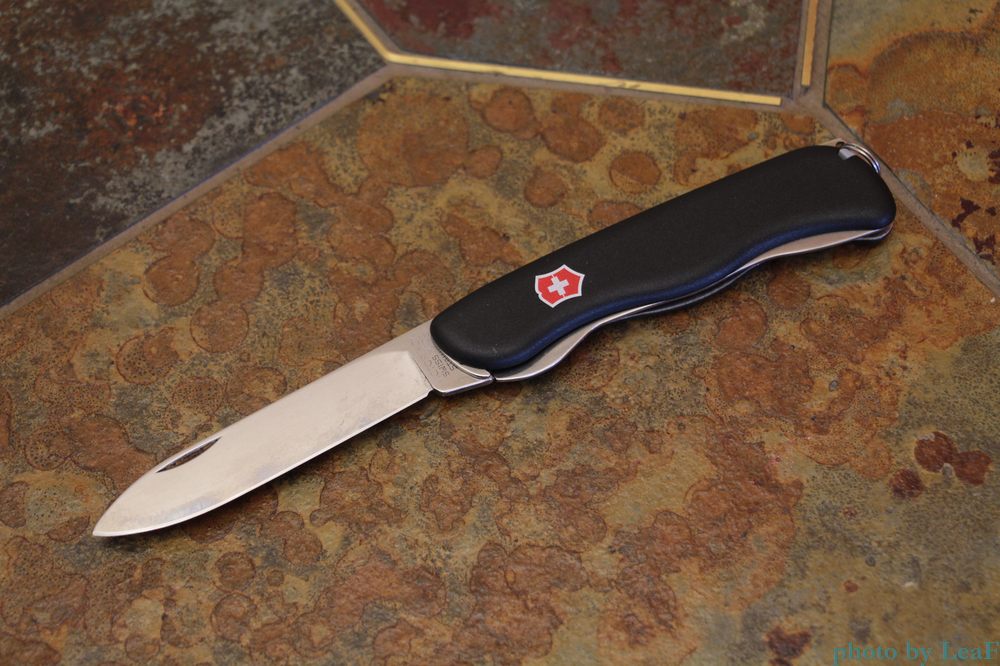 The Sentinel and Sentinel Plus are Victorinox 111mm liner-lock knives introduced in 2008. These models feature only a single large blade and come, as standard, with black scratch resistant nylon scales. Although it only contains a single tool, it comes in several different variations.

Blade only, however the Sentinel Plus had a:

And one variation of the Sentinel had a:

First introduced in 2008. In 2009 models featuring a pocket clip were introduced.
In 2017 the Plus model was retired, and corkscrew model was renamed to be an Alpineer.

Product codes in bold are currently (2019) available; Numbers in brackets are US Model Numbers