The shackle, also known as the bail, is a metal loop attached to one of the end rivets of a Swiss Army Knife.
It can be used to attach the knife to a lanyard or chain, for instance on a belt. 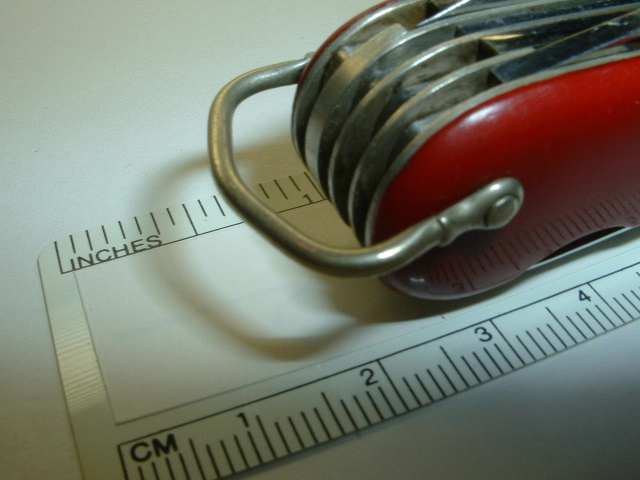 The shackle was introduced in 1902, was typically made of brass and featured, usually as an option, on many Victorinox models up until about 1969, when it was replaced with the split-ring attachment method.

Between 1963 and 1992/3 the Alox Soldier contained a hollow rivet at the end of the knife that was used as an attachment point. A removable bail could be inserted into this, or a string, or lanyard could be threaded through. However it is believed that the Soldier model, complete with a bail, was never issued to the military. 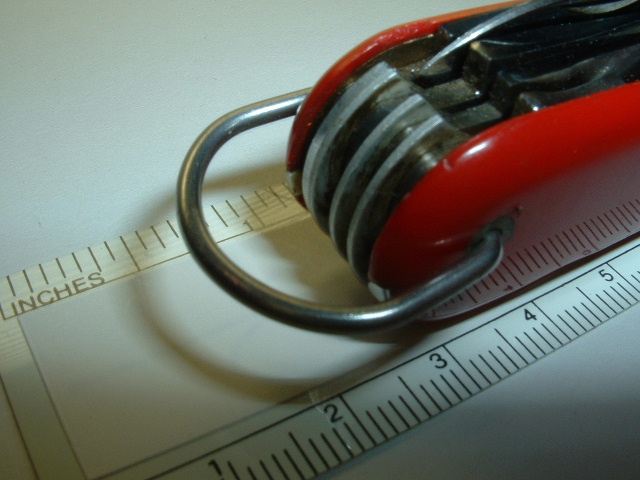 Wenger also used a bail/shackle on some of their Cellidor models around the same time as Victorinox, although exact dates are virtually impossible to know, due to a fire at Wenger's Delémont facility in 1986 that destroyed most of Wengers historical records. Wenger also later switched to the split-ring attachment method.

The Wenger Alox Soldat or Standard Issue model, which was issued to the military and also available for general purchase featured the hollow rivet with bail up until the end of production in 2013.