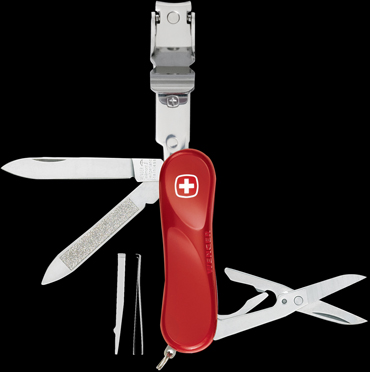 The Wenger Swiss Clipper is an interesting model featuring a fold out set of nail-clippers.
There are several different handle colors available.

This model is also known as the NailClip 580 in some markets.

The EvoWood NailClip 580 was introduced in February 2012, and did not include the toothpick or tweezers.