The slide-lock models, introduced in the mid-80s, were the first 111mm Victorinox Swiss Army Knives, and the first to feature a locking blade. The liner-lock models following in the mid-90s.

The tables and links below show the models that were originally slide-locking, although all non-retired models are now available as liner-lock models.

Hover over the two letter model code to check the model name, or click to visit the page. 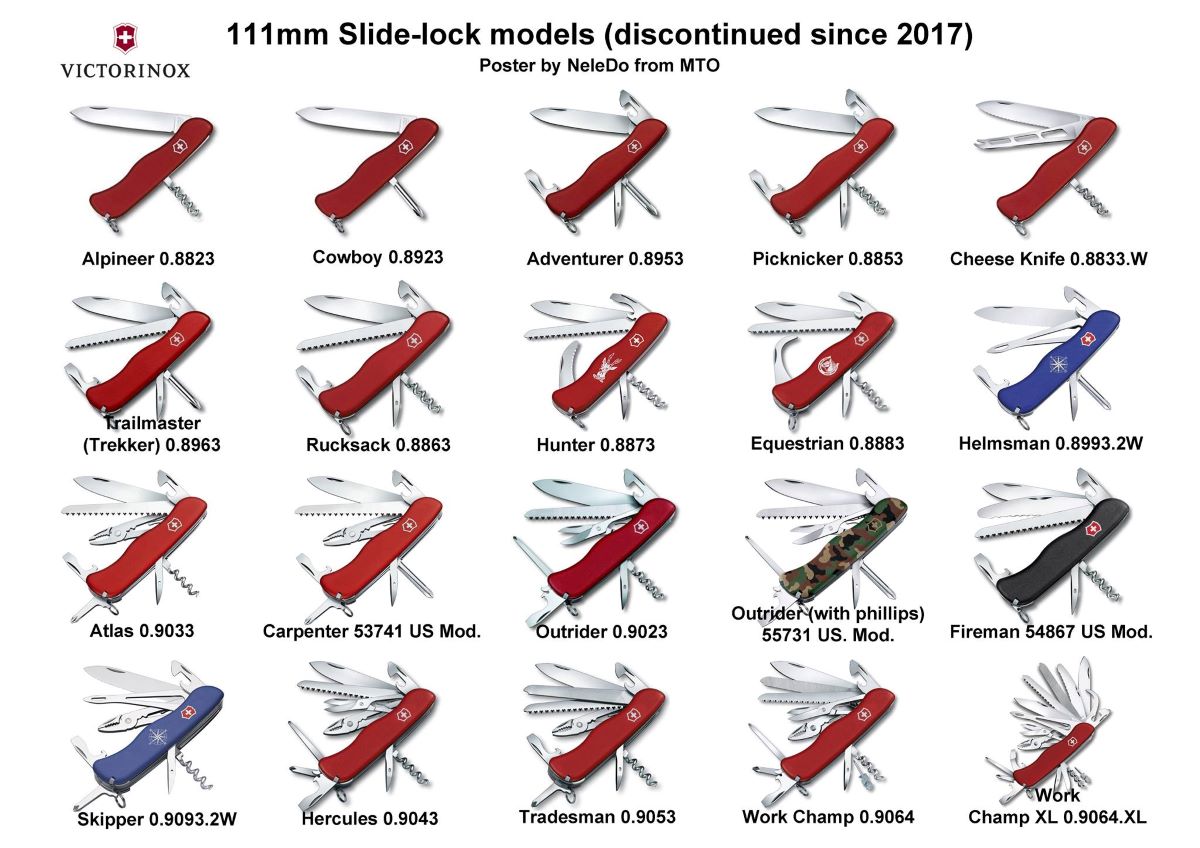