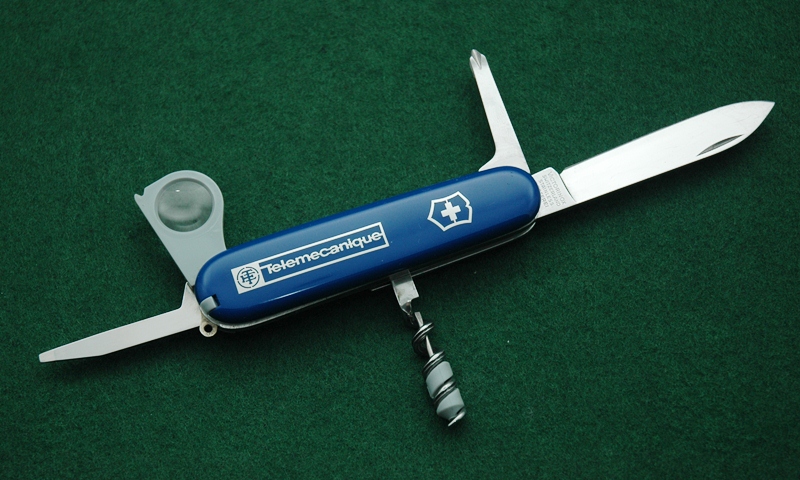 Engineer' is a collector's name for this model, it is unknown if an official name was ever assigned.

The Engineer was a special run made in the late 1980s for a French industrial control company called Telemecanique for users of the Altivar 5, a motor speed controller typically used in industrial automation settings (assembly lines, etc).

If you look inside an Altivar 5, you can see why the Technician's Screwdriver is the perfect tool to supply with the machine. There is a row of grey screw-type wire connectors on the left of the upper printed circuit board (PCB) and across the bottom of the lower PCB for wiring up the motor. The screws are recessed into the connectors. Also, there are six adjustment potentiometers on the upper board and twelve dip switches.