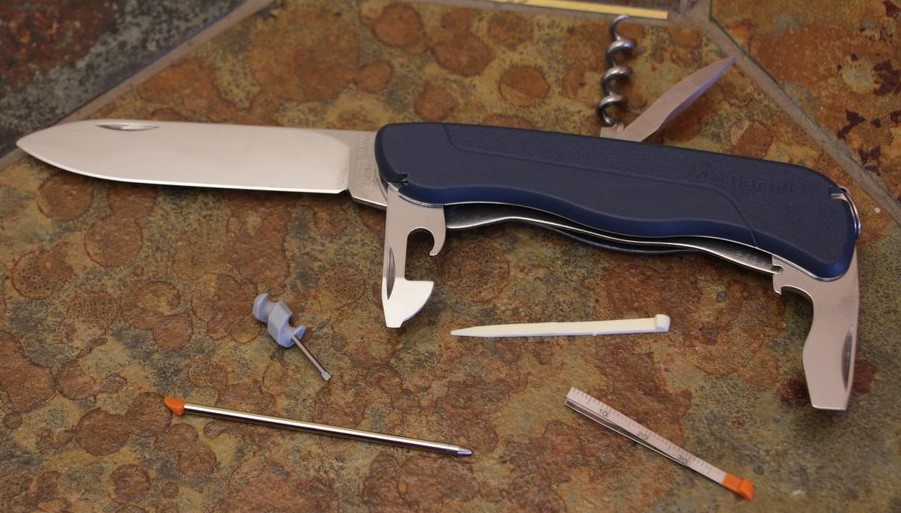 The following scale tool configurations are unusual and unique to the Garant:

The unusual scales are slate grey or blue, with a unique design featuring Garant branding and no Victorinox shield!

There are two variations of this model

The Centurion based model was the initial incarnation followed by the Nomad version.
The tool is only available to purchase via the Hoffman Group.
Hoffman also produced a Classic with translucent orange scales - See image.