The Kantonsmesser Series was started by Victorinox in 1998 and is dedicated to the Swiss Cantons, member states of the federal state of Switzerland. It consists of 26 knives, one for each of the 26 Swiss Cantons.

Each knife comes in a nice rosewood box. A certificate, which is signed by Carl Elsener and the designer of each of the knives, guarantees the limited quantity of each edition. 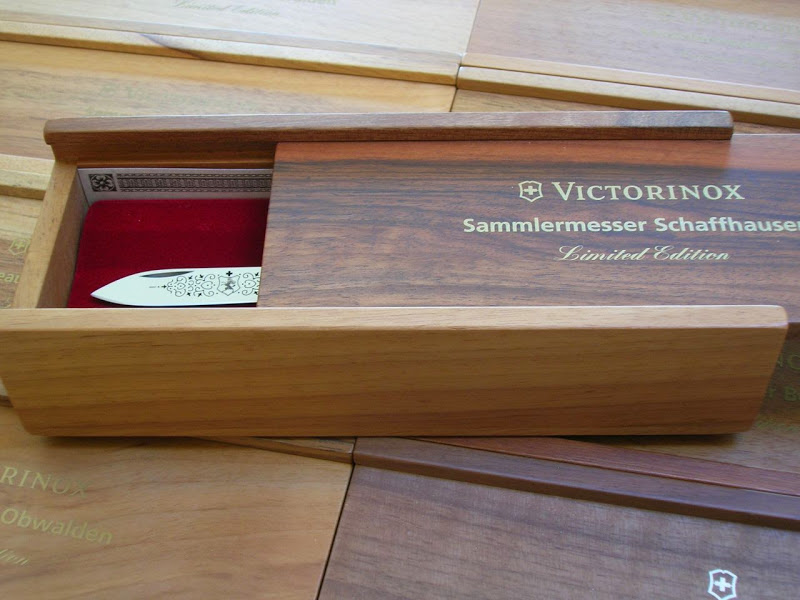 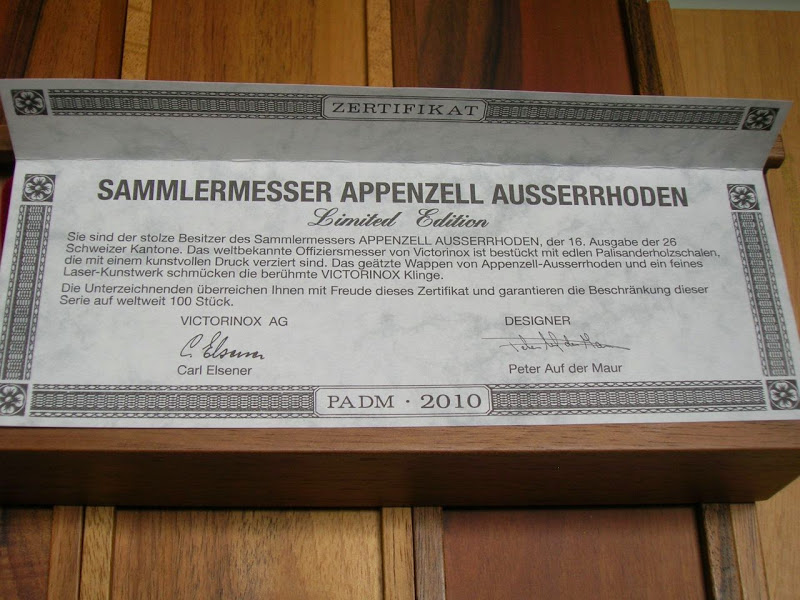 All of the knives so far have been of the Climber model and bear rosewood scales. However they don't include the tweezers nor toothpick and also no keyring attachment option which are standard on the current Climber.


Each edition is limited to 100 pieces and each knife bears a serial number on the liner behind the corkscrew in the n/100 format.

All these editions carry an etching on the blade’s front. The etching consists of an entwined pattern with the canton’s coat of arms in the middle. The blade’s back side is not etched.

In 2006 Victorinox replaced the blade etching with blade carving. The entwined pattern is laser cut through the blade and therefore the same pattern is also visible on blade’s back side. On the front the canton’s coat of arms is still etched and on the back side an etched Victorinox logo is shown.


The rosewood scales no longer bear a wood marquetry but a colored print. On most editions the print is only on the front scale.

The Victorinox logo is missing on the blade’s back side and the space is left blank.

On the back side of the blade the same canton’s coat of arms as on the front is etched.
The laser cutting of the rounded lines is a tiny bit wider, while the cutting of the cross and “arrow” parts are a tiny bit narrower. This results in a more balanced overall look.

The edition order is the same order in which the Swiss Cantons joined the Swiss Confederation. Joining year is written in ( ).
The pictures from edition 1, 2 and 5 are not shown here, IF YOU HAVE THEM PLEASE LET US KNOW HERE. Editions 23 till 26 will be released in the next few years.