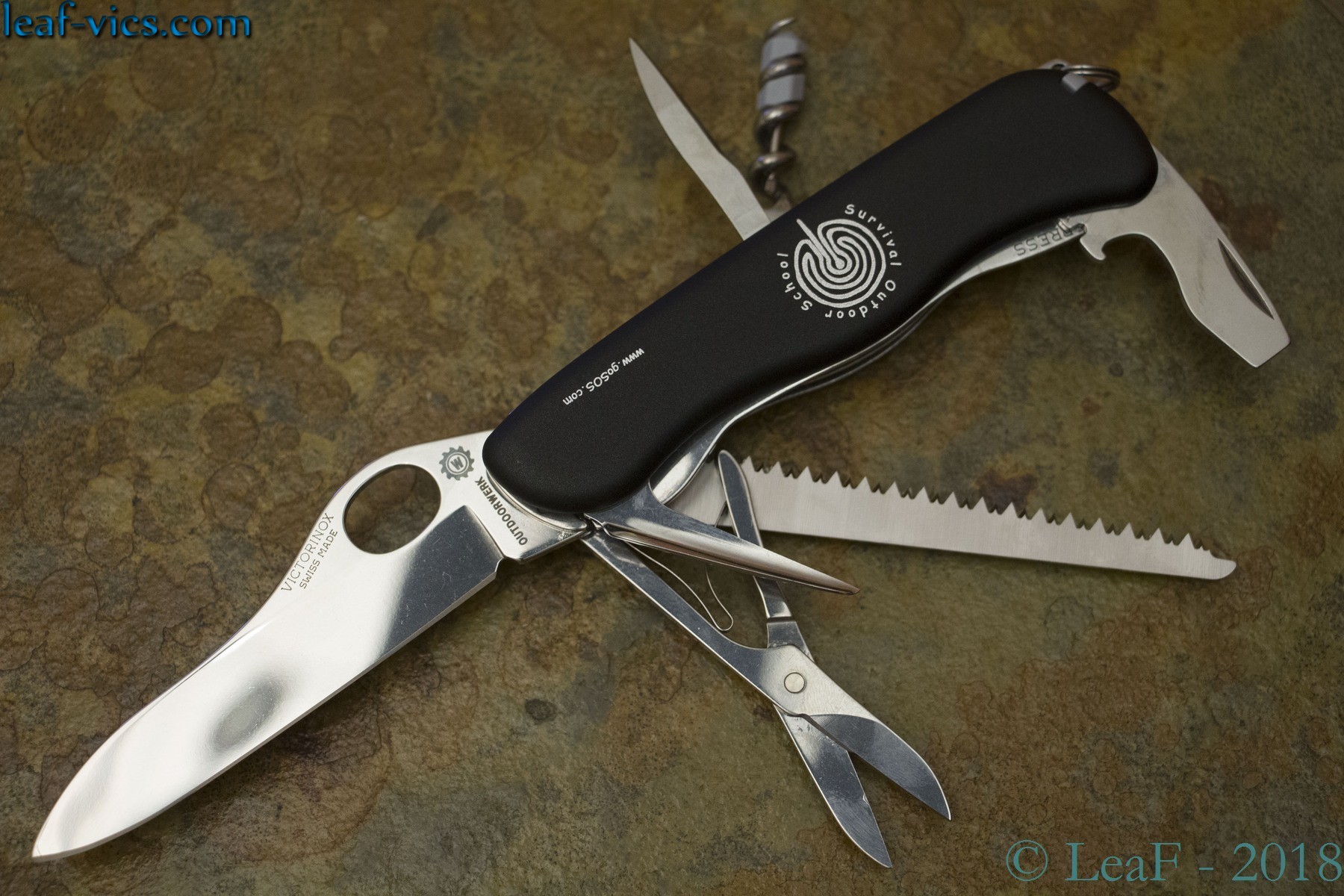 The OutdoorTool is an unusual 111mm Victorinox liner-lock model.
It was developed in 2017 for the Swiss Survival Outdoor School (SOS), and features an unusual tool configuration - with an inline awl (from the 93mm series) instead of the usual can-opener. Discontinued Model

The scissors in the 111mm models are usually paired with the long Phillips screwdriver - However this tool was omitted from the Outdoor Tool.
When opened, the awl slightly interferes with the outer liner, pushing it outwards.

Black synthetic scales, with the SOS logo on the front scale, Victorinox logo on the back.
A version with olive wood scales (no scale tools) was also available for a short period.

This model was introduced in 2017 and was developed for the Swiss Survival Outdoor School, and was orderable via their website GoSOS.com.
As of May 2019 it is no longer available.

Due to the Swiss Survival Outdoor School special order, the Victorinox identifiers are unknown.
Outdoorwerk identifiers: