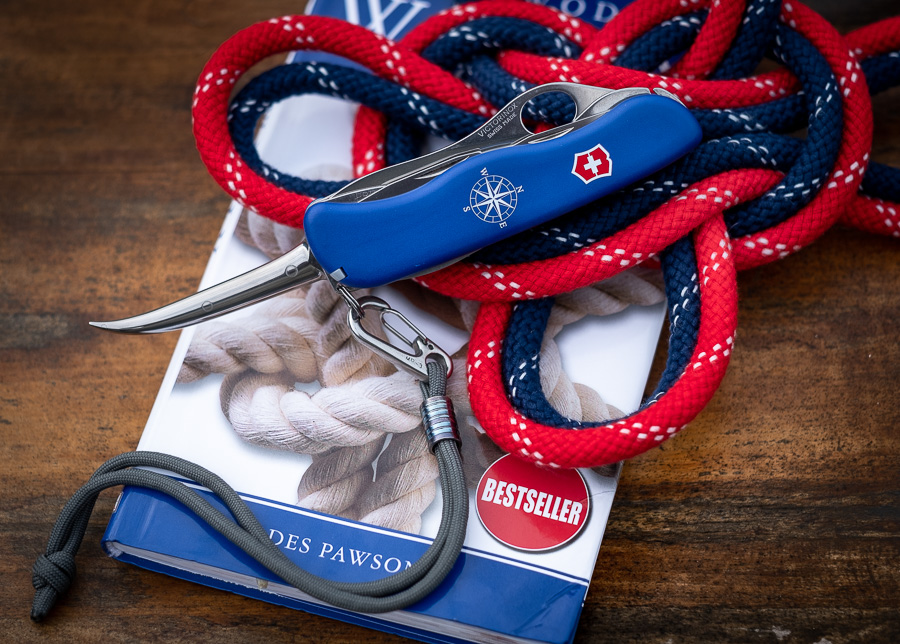 The Skipper Pro is a another 111mm Victorinox nautical knife released in 2018, featuring the same marine blue scales as the previously available Skipper.
It introduced a brand new tool the large marlin spike for marine use, and also features a liner-locking, partially-serrated one-hand opening main blade.

The model is also supplied with an orange lanyard - See picture

This was a surprise announcement from Victorinox in 2018 and introduced a new, unique and unusual tool, the large marlin spike. The Skipper Pro is a sibling to the Skipper and depending upon the nautical needs of the user one or other model could be selected.