This unique series of seven different models started in 1983, with the issue of the first model, and ended in 1991, with the issue of the final model and a Battle Series Collection Set of all the models.
Sometimes known as the 'Battle Knives', this series commemorates seven famous battles and alliances, from the Middle Ages, that established the modern country of Switzerland. Each model has an intricate inlaid scale art image of an event, with the main blades being engraved with the name and date of the event, as well as a crest of a Swiss Canton. There was also a booklet containing a brief description of each event and a history of Victorinox in German, English, and French, (only present in the Battle Series Collection presentation case?).
The Battle Series models were all based on standard models, with five of the seven models having three-layers, always omitting the tweezers and sometimes also the toothpick. They were packaged in wooden presentation boxes (see below) containing a serialised certificate of authenticity.
Each model was limited to 9999 pieces and has an individual serial number stamped on the liner, behind the corkscrew.


Models in the Series 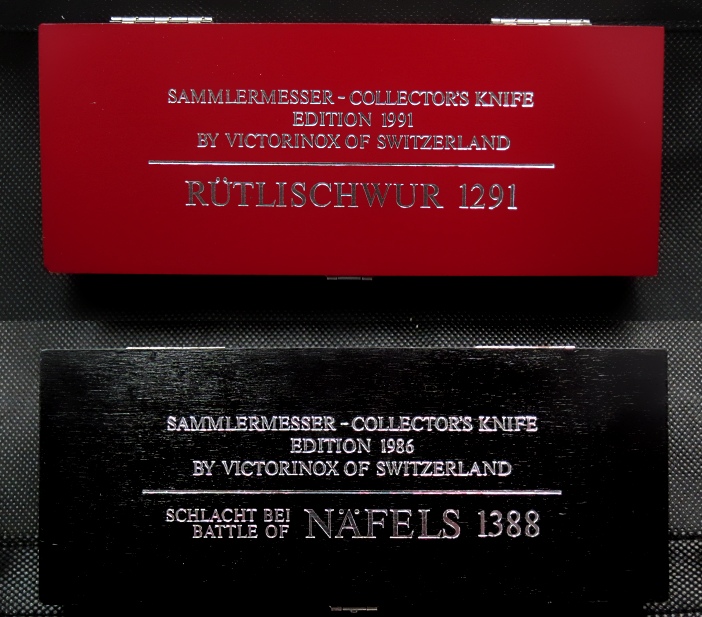