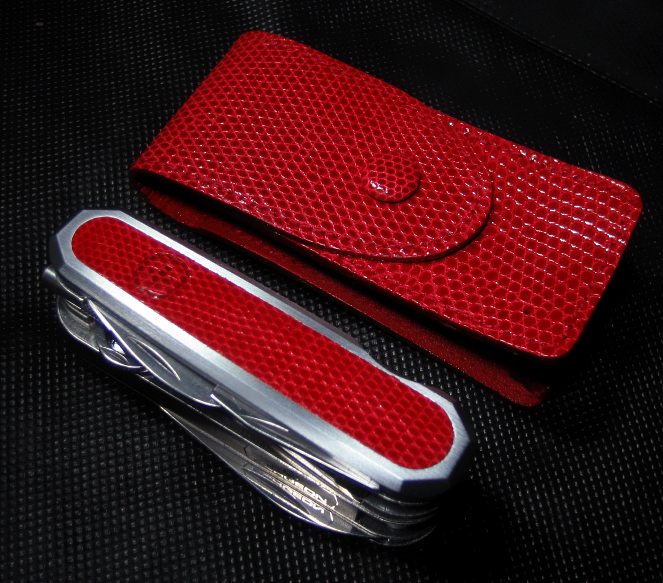 During 2000-2010 the Wenger company released special versions of some of their Swiss Army Knives, featuring metal handles, inlaid with leather. These models were known as the Leather and Steel Series.


One group of these models were the Minathor Club versions, which had steel scales with custom leather insets, and were supplied with a matching leather knife pouch. The leather detailing for the Club versions was provided by Schweizer & Schoepf (S&S). Originally five different Club versions were available, each in a different colour and leather type (see below).
Wenger later produced some small special-runs of other models not involving Schweizer & Schoepf, that were not officially Club Versions, but had leather insets in metal handles, but without a matching pouch. These editions featured different packaging and cases.