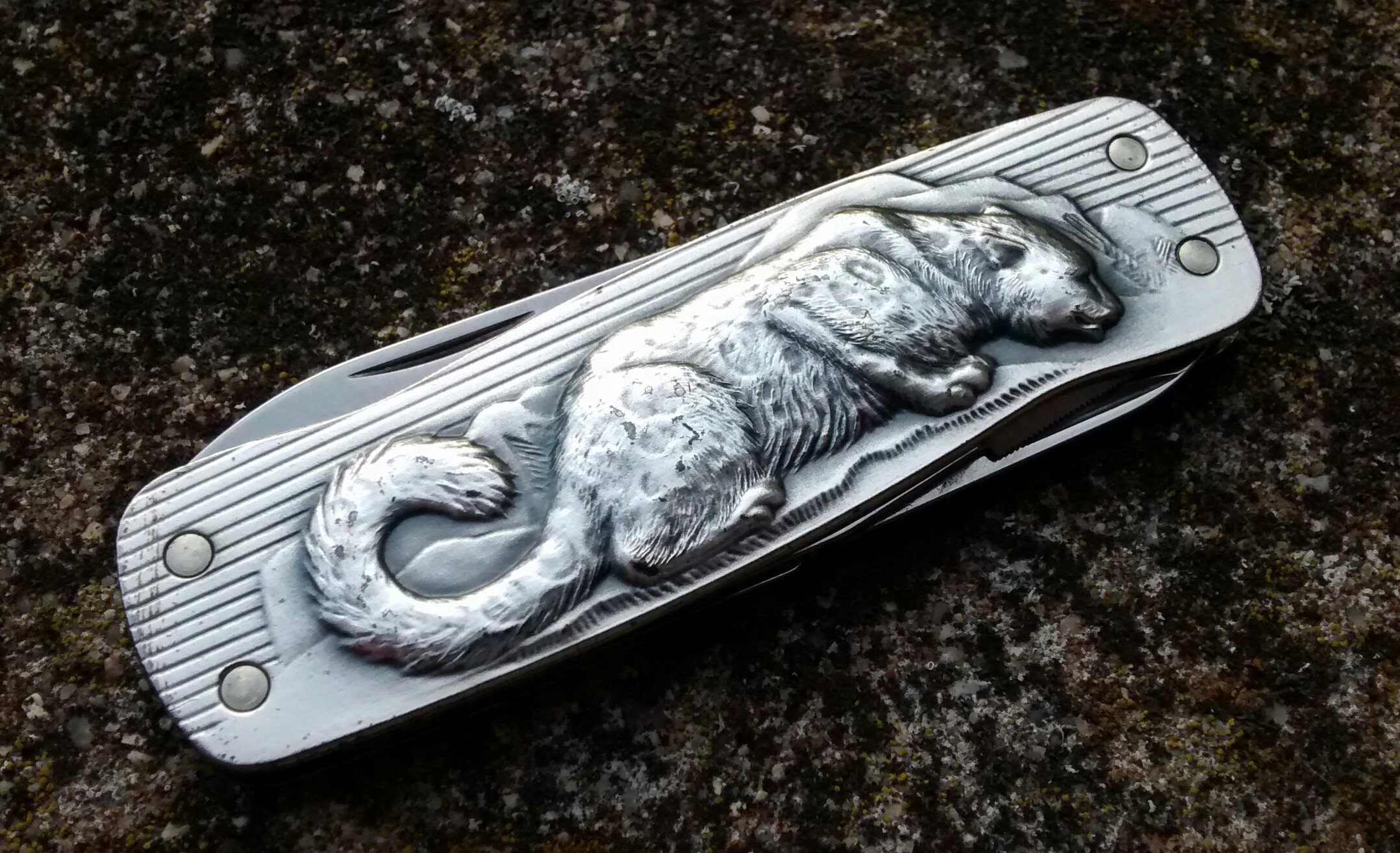 The Wenger Nature Series contains three metal-scaled models, with a bottom scale that displays a beautiful embossed image of an endangered species of wild animal. The set has the same blades and tool assortment as the 75mm Wenger V.I.P.

The metal scales are 69mm long and have a different shape to the standard 75mm Cellidor scales, which have a more rounded and overlapping scale end. They have an 'Antique Silver' finish - See brochure below. Antique Silver is likely to be aluminum plated with silver - according to Victorinox Twitter links (2016) : - Link1, Link2, Link3
The 'top' scale on all models has metal ribbing and the Wenger logo. The bottom scale has an image of either a Eurasian otter, a snow leopard, or a polar bear,

According to Victorinox (Link4), this series is from the 90's. From the brochure below, it looks like this series was first issued with the otter and snow leopard, with the polar bear being added later.

There is a metal handled variant of the V.I.P. that has an identical scale material and shape to the Nature Series, but just with ribbed scales on both sides. 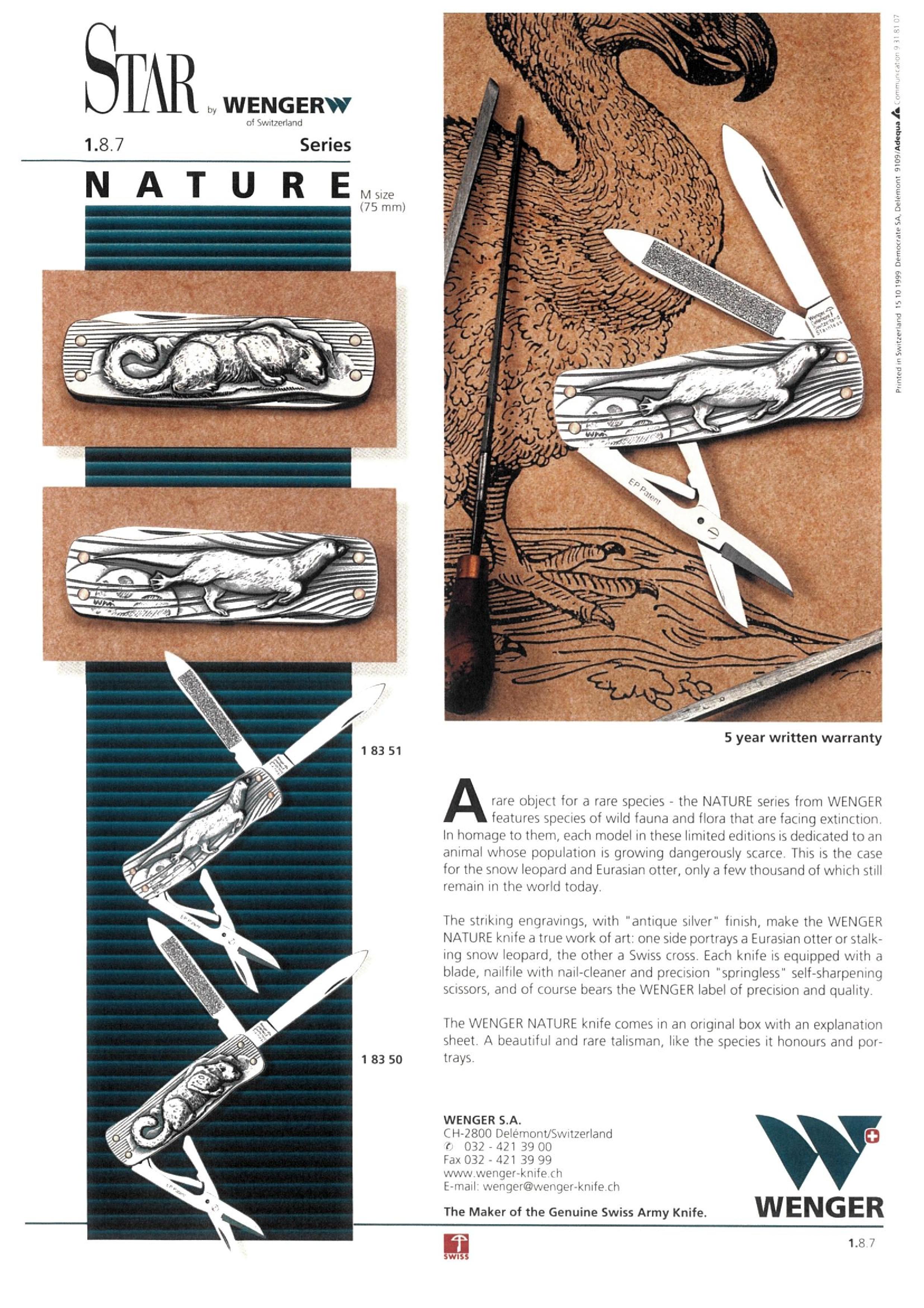