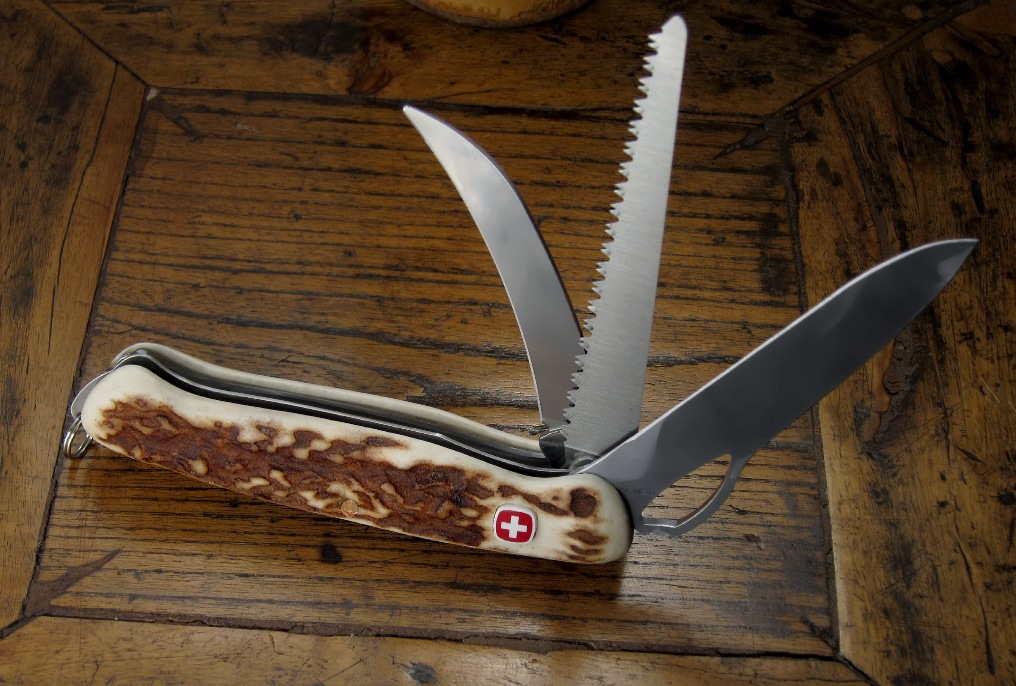 The Wenger Ranger 80 is a three layer Swiss Army Knife, and one of only a few 130mm models that don't have back layer tools.
It was available with stag-horn scales, and only in Europe. Discontinued model.

It is not certain if this model was released by Wenger with the horn scales, or if they were added later by a distributor.

The Ranger 80 and the Ranger 54 only appear for sale in some German and East European shops in Poland, Slovakia and Czech Republic.