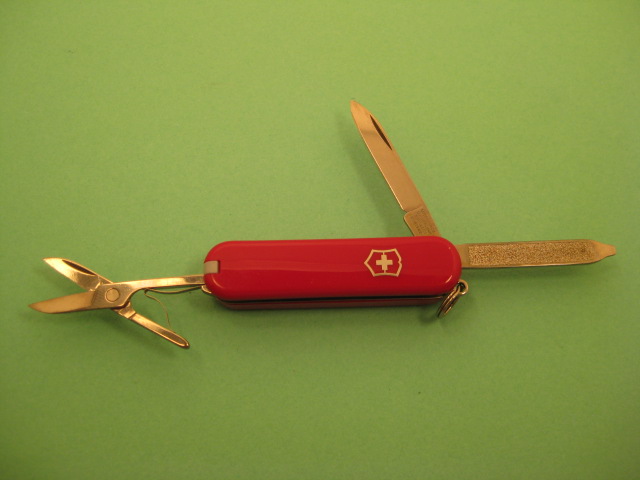 The Victorinox Whistle is a relatively uncommon 58mm Swiss Army Knife. It is very similar to the common Classic SD, the major difference is a Whistle built into one of the scales rather than the typical Toothpick. 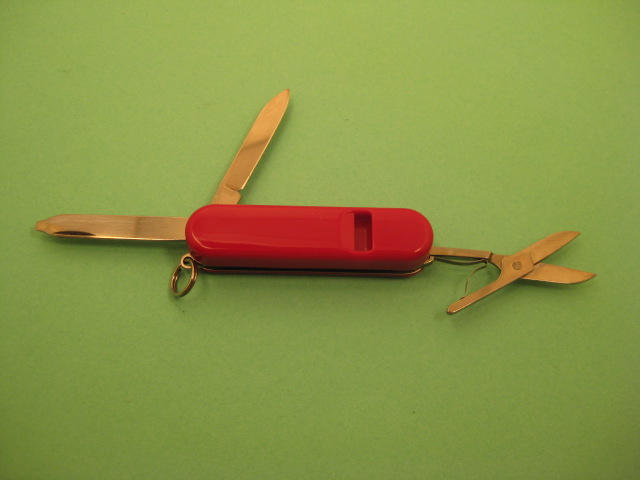 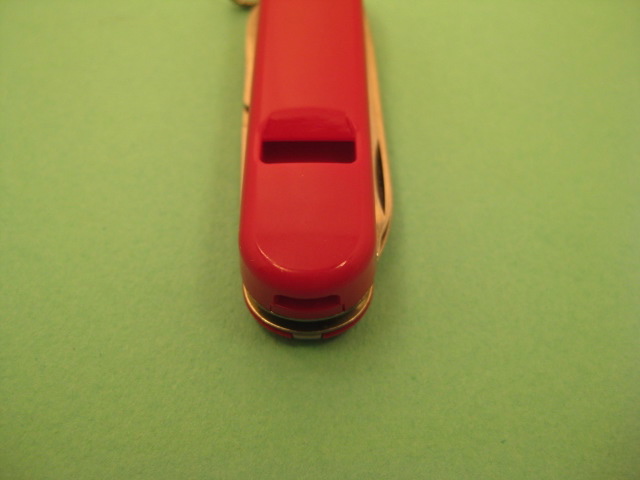 Most commonly available with red Cellidor scales, but black versions have also been made though they appear quite rare. The scale is considerably thicker, more than twice that of the standard scale.

There are no known significant variations of this model, other than the color of the scales.

The Whistle was first introduced in 2000. It is still a currently available model, but likely no longer manufactured and it is uncommon to see it in stores.

In 1997, our client from California hired us to create an alarm to call attention in an emergency situation, to integrate into a survival knife. The Davison Design and Development team of Inventionmen™ researched and found that an alarm built into a small knife could not be 100% reliable in an emergency situation, it increased manufacturing cost and required the consumer to purchase batteries. In addition, the batteries would increase weight and size of the knife.

The Inventionmen™ applied Davison Design and Development's exclusive Inventegration™ process and presented our client with an alternative solution; installing a sounding device with an extremely loud whistle (102db). It was engineered to fit over the existing knife frame of the most popular knife in Victorinox's brand. The design eliminated electronics and batteries, making the whistle lung powered. Its housing was a cost-effective bet for Victorinox. Not only did it fit the existing knife in usefulness, it literally fit the existing knife. The company had no need to change its manufacturing process. It simply exchanged one housing for another equipped with a whistle, offering a simple method of locating hikers and military personnel, as well as providing an alert system for emergency situations. This achievement by Davison Design and Development's Inventionmen™ was patented (US Patent # 6619225), has been on the market since 1997 and is still going strong.