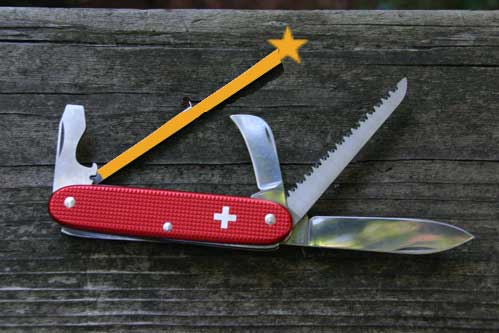 The First Mage is a 93mm Swiss Army Knife intended for use by Harry Potter, other students from Hogwarts, or members of the magic community. It is a very rare model and highly sought after by collectors and users alike.

The First Mage has iridescent Alox scales, though cameras are typically unable to capture the effect.

None known - Although there are rumours of a dark version of this model.

Understood to be the only time when a muggle company has been permitted to make magic equipment. A real coup for Victorinox.
Only available from a hard to locate Alley in London near the Victorinox flagship store.

No other models are known to contain the wand.