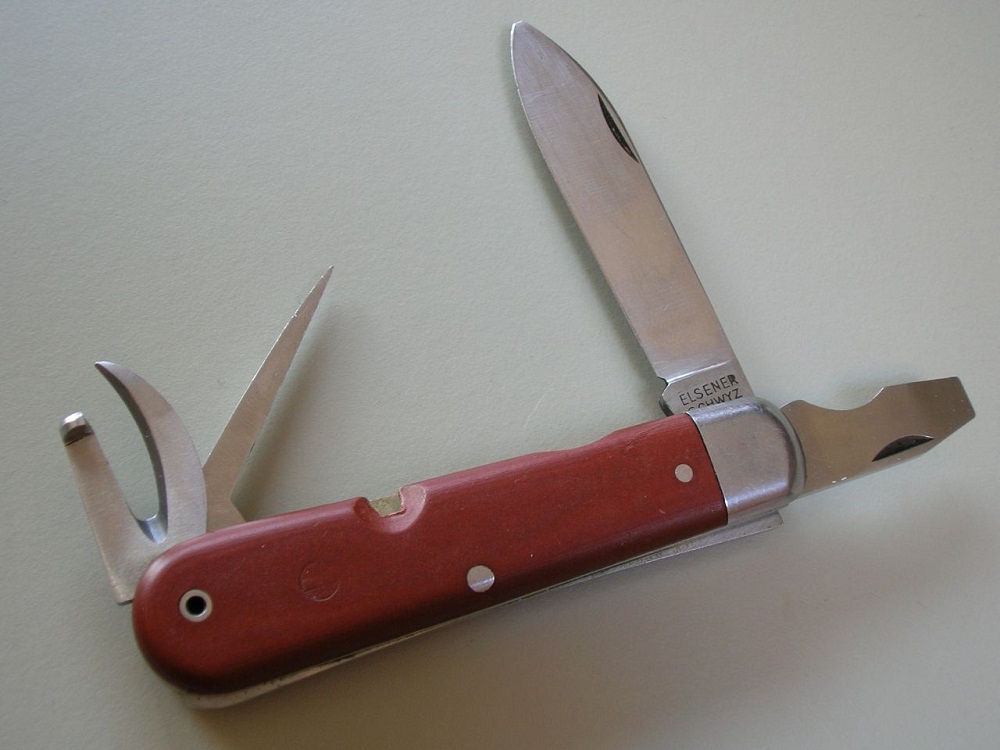 The Soldier Knife is the true Swiss Army Knife, having been the official issue to the Swiss Army since 1891.

From 1951 to 1960 this 93mm fiber handled design, which is a scaled down version of the original 1890 Soldier, was the official issue to the Swiss Army. Although stainless steel had been available for about three decades, it was only introduced to the Solider's knives in this model, replacing the carbon steel of the 100mm version.

None.
The military knives have tended not to include the common toothpick and tweezers of the civilian knives, presumably because they are too easily lost in the field or deemed non-essential.

Fiber including a rivet with a central hole for a lanyard or cable.

A Soldier's Knife  has been issued to Swiss troops since 1891, and has continued every year to the present day.

For additional information on the history, variations and markings of the Soldier - See the 1890 and 1961 Soldier pages.