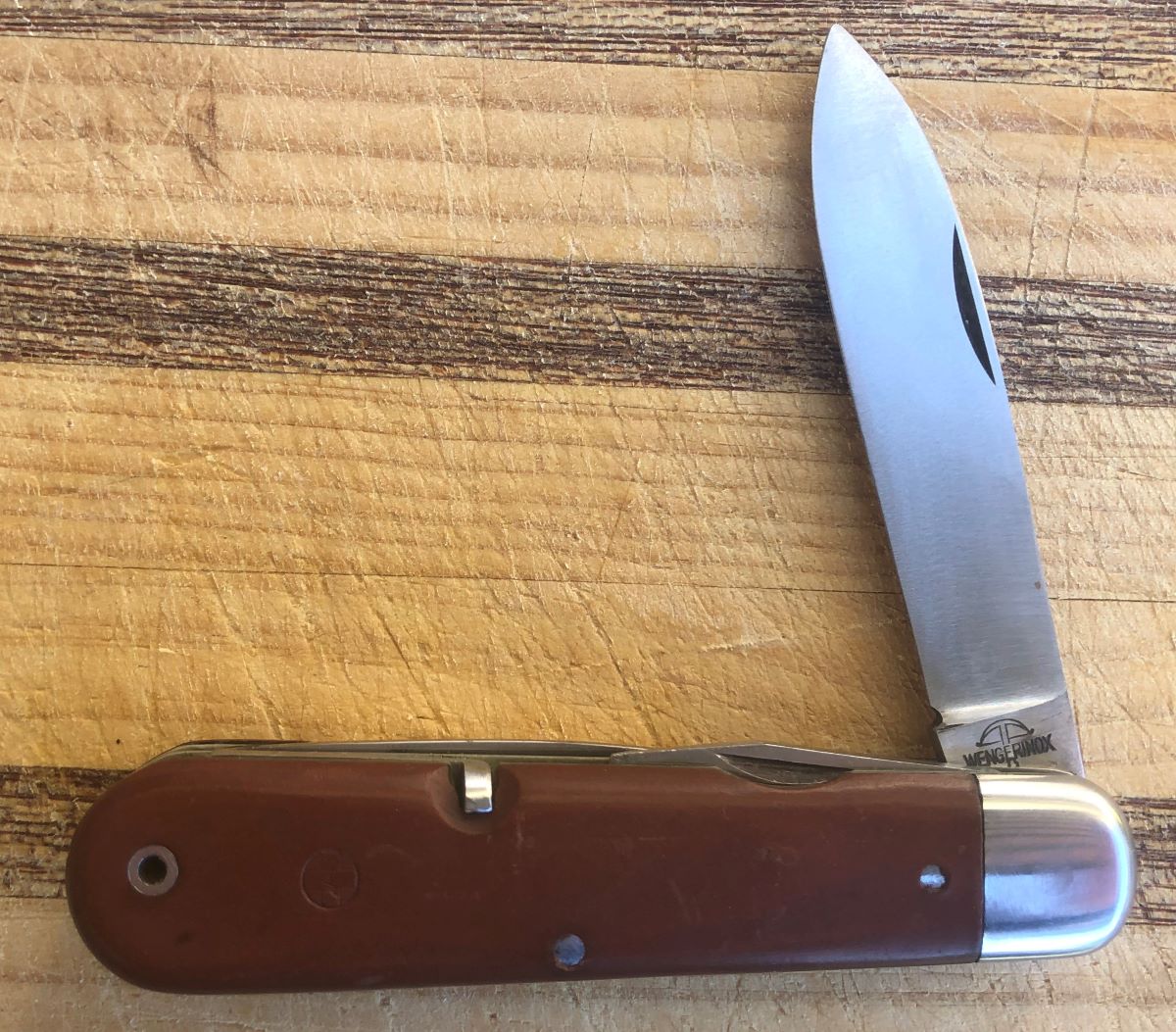 Soldat is the name used to refer to the Wenger Soldier Knife.

For a decade from 1951 through to 1961 the 93mm fiber handled design, which was a scaled down version of the original 100mm 1890 Model, was the official issue to the Swiss Army.

Wenger also issued a red 'grilon' plastic handled version of this model in the latter half of its life.

None
The military knives do not include the toothpick and tweezers of the civilian knives, presumably because they are deemed not required for military personnel.

Since it was first issued to Swiss troops in 1891, a Swiss Army Knife has been issued to the military intake every year to the present day.
The year of manufacture is stamped on the tang of the main blade.

For more information on the evolution of the military Swiss Army Knife - See the Victorinox 1890 and 1961 Soldier pages.