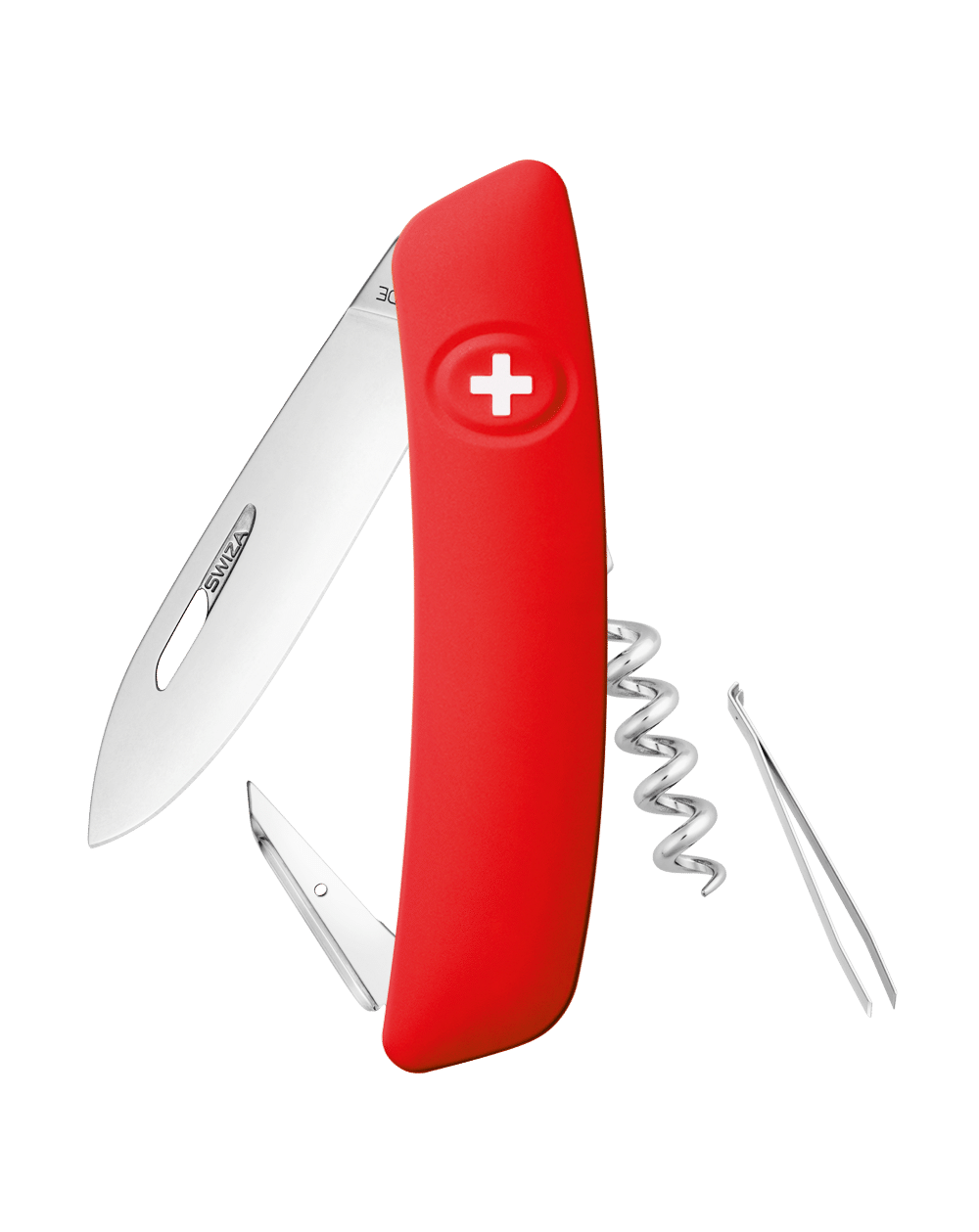 
The Swiza company, based in Delémont, Jura, Switzerland (the same location as the Wenger Company), is a long established clock making company.
Peter Hug, the CEO of the Victorinox Wenger division, left the Victorinox organisation after they merged the Wenger and Victorinox Swiss Army Knife product lines, and joined Swiza.

In 2015 Swiza brought out its initial range of 'Swiss Knives'. (Note the absence of the word 'Army' - as this name is copyrighted to the Victorinox and Wenger brands).

The initial range consisted of single and two-layer models, similar to the Victorinox Spartan and Tinker, but with an awl instead of the small blade, and a different 'take' on the tool designs, nail nicks, overall shape and handle material. Also all main blades are liner-locking with the cross logo on the scales being the button to release the lock.

The tools and product range have expanded over the years and now include models with saws, scissors and Swiza unique tools.