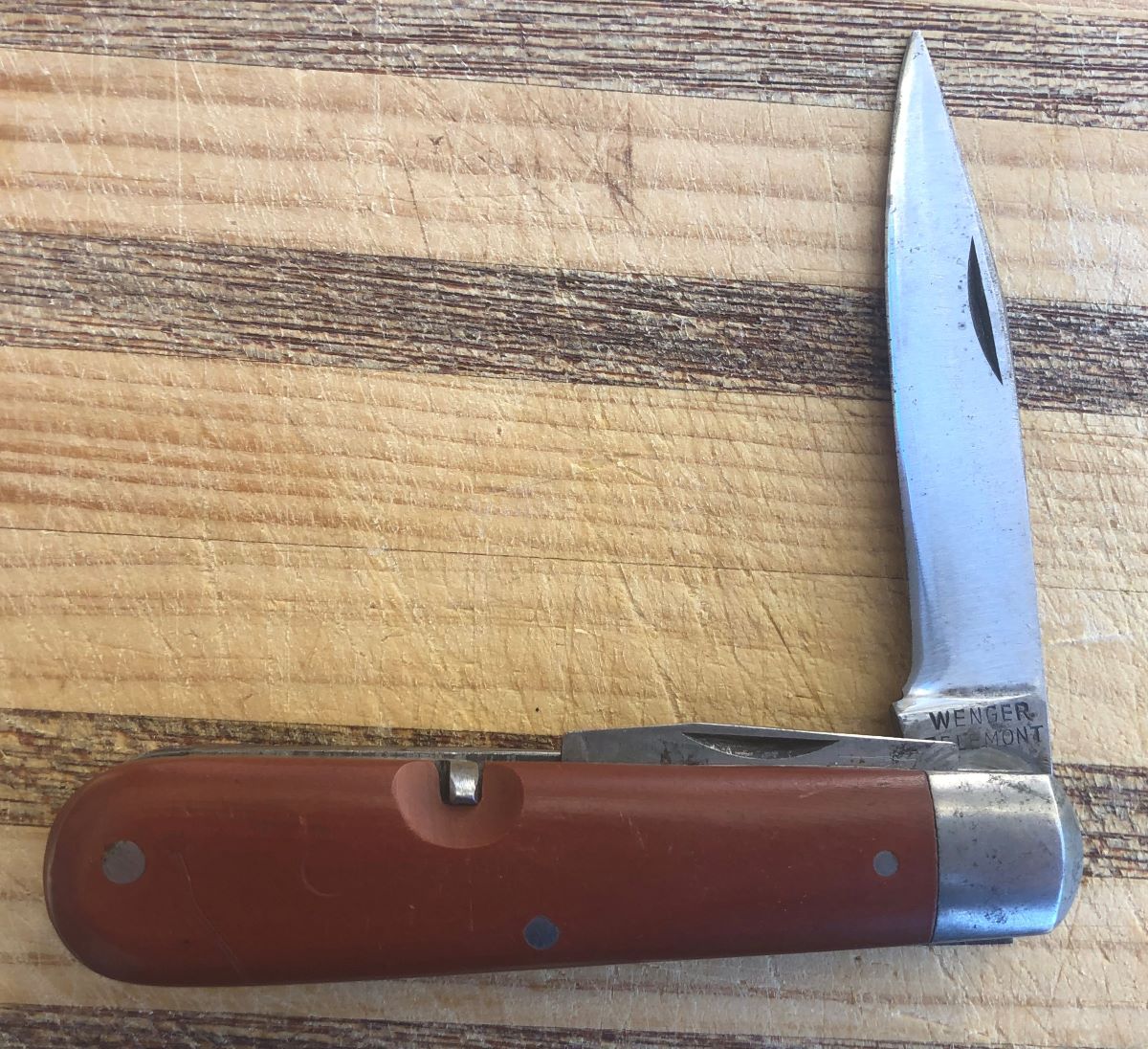 This was the first Wenger Swiss Army Knife.

The 'Wenger' Standard Issue Soldier's Knife was first manufactured, and issued under contract to the Swiss Army, in 1893 by a predecessor to the company that would become Wenger. (The Wenger Company came into being in 1908).

The knife was based on the military specifications for the Model 1890  which was the military issue tool at that time, and previously manufactured by Victorinox.

The 1890 Model was first issued in 1891 and was manufactured by German cutlers. Karl Elsener’s company (later to be known as Victorinox), in conjunction with other Swiss cutlers, took over production in late 1891. The Swiss Military decided to split the production between two companies and in 1893 Wenger's predecessor company started manufacturing this 1890 Model.

A Soldier knife has been issued to Swiss troops every year since then to the present day.

For more information on this model and its evolution - See the Victorinox 1890 Soldier page.

The Soldier knives evolved from the original 1890 Model as follows:

In 2008, to commemorate their 100th Anniversary, Wenger build a Limited Edition replica of the original 1893 Soldier's Knife, named the 1893 Heritage Swiss Army Knife. This knife was limited to a collection of only 1,893 pieces. The replica has wood colored Fibrox scales, and was sold with a special box that included a copy of the original technical drawings, as they were found in the Wenger archives, in French and German. The presentation box uses a magnetic closure system that allows the box to be tilted vertical for display, while keeping the cover open. The knife is also held in place magnetically, so when the box is vertical it does not fall out. Two rear holes are provided for mounting the box in the vertical position.