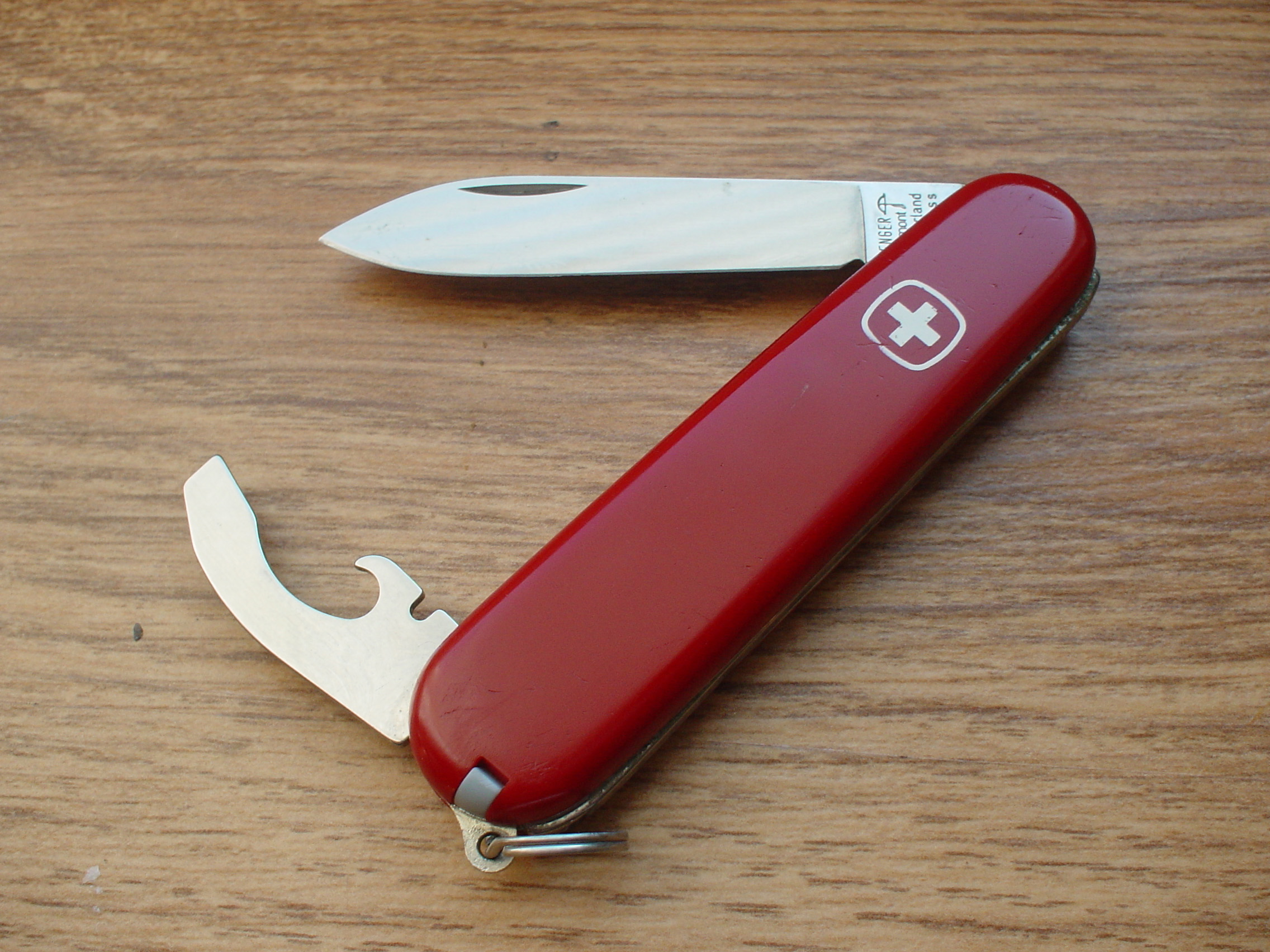 How this unusual situation came about is open to some discussion. One theory is that Wenger announced the promotional package - But then did not have the capacity to produce the knife in the production plant - See the Swiss Army Knights article below for more information.

Note: The US model number has turned up on more than one knife, it may be part of a special SKU.