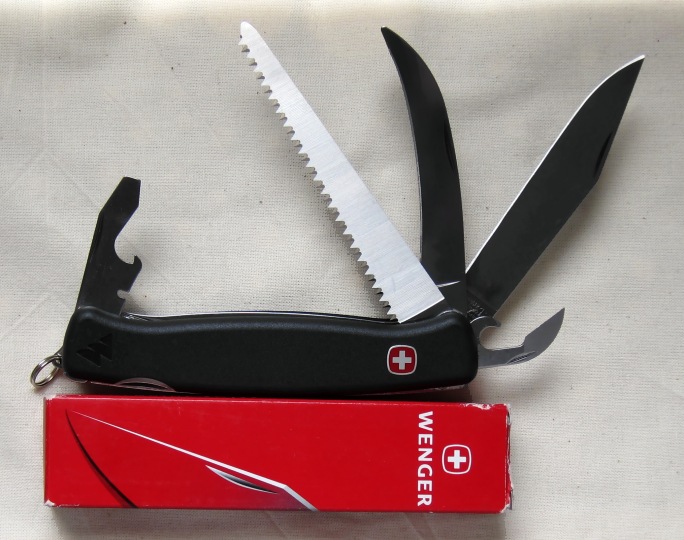 Regular grey Nylon, Camo, and translucent scales are available. One side has the Wenger cross logo at the top, and the Wenger "W" icon embossed at the bottom. The opposite side has an inset red sliding lock release button.

This model was produced at least until the end of 2007.