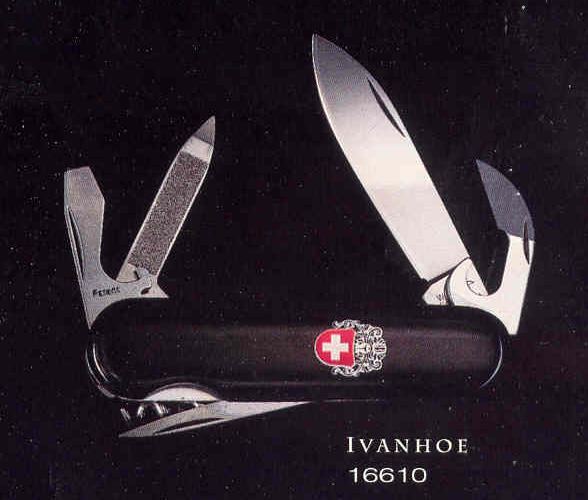 The Ivanhoe is member of the Wenger Dynasty Series. It features black enameled mirror polished metal handles with a special logo featuring a Swiss Cross surrounded by a heraldic crest. Its tool configuration is very similar to the Commander model. The smooth metal handles create a very different feel for this Swiss Army Knife.

All of the Dynasty Series models features the same black mirror polished metal scales with the Swiss Cross surrounded by a heraldic crest.

Only released for a short time as a member of the Dynasty Series, it is not very common and may be hard to locate.

A green Alox handled version, with the same heraldic crest (red background), as appears on the Ivanhoe, was produced, but there is little information on this variation.