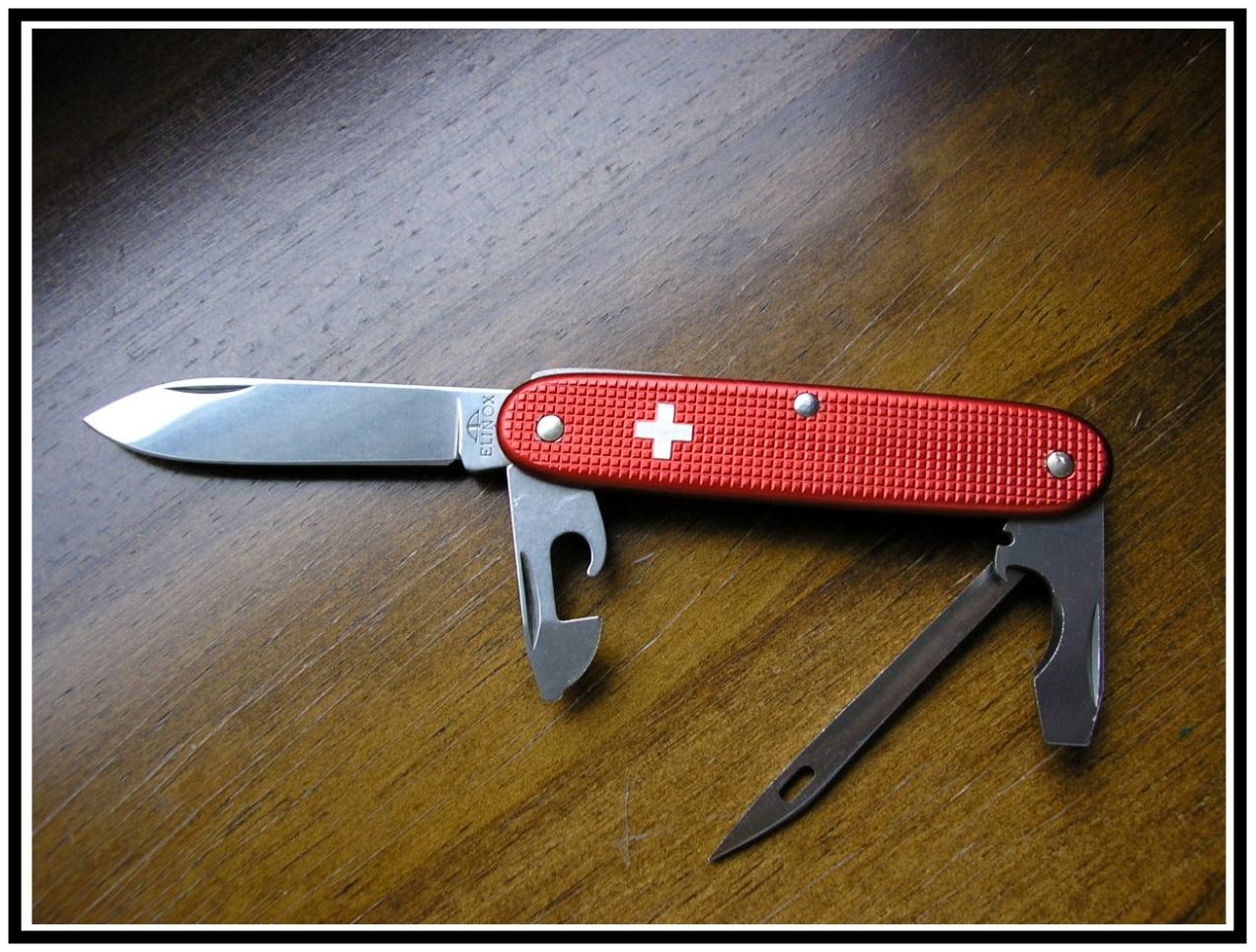 The Victorinox Pioneer 2223 is a 93mm red Alox Swiss Army knife, that currently does not have an official name. The number "2223" is taken from its early model number. This is one of a small number of models to include the Marlinspike/Sacking Needle. Since the 2010 Special Edition, this model is now often referred to as the Victorinox Sea Pioneer. Discontinued model, fairly rare.

Red Alox scales with the cross emblem instead of the newer Victorinox Shield logo. The bottom scale has a cut-out to accommodate the marlinspike in it's folded position.