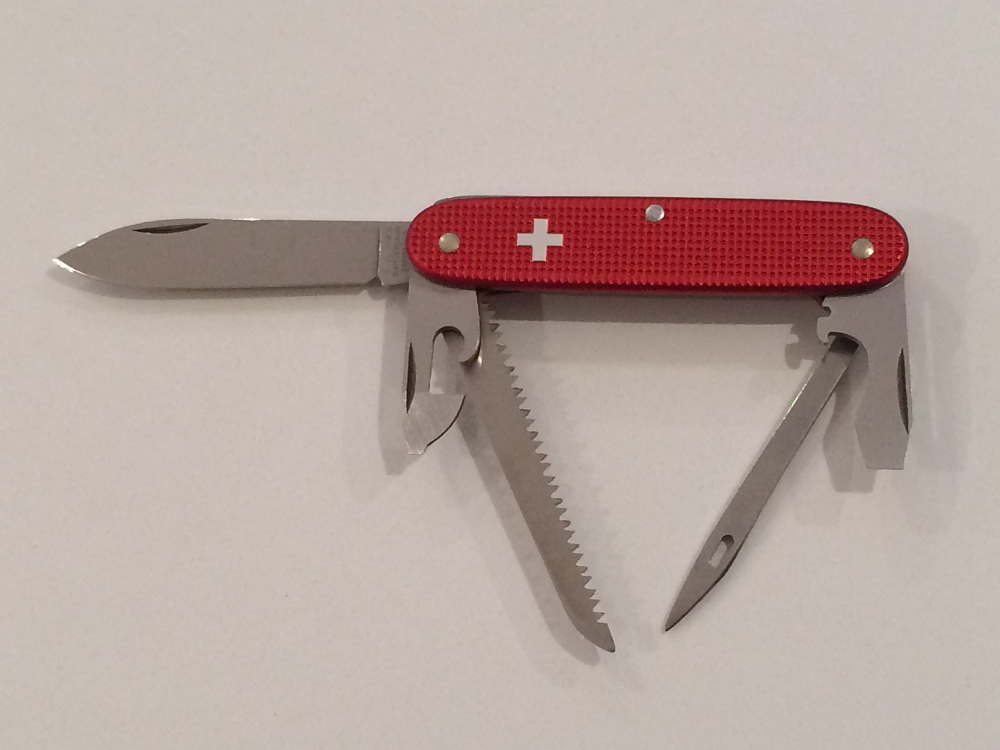 Red Alox scales with the cross emblem instead of the current Victorinox logo.

The 1980 Canadian distributor catalog names this model as the Woodsman.