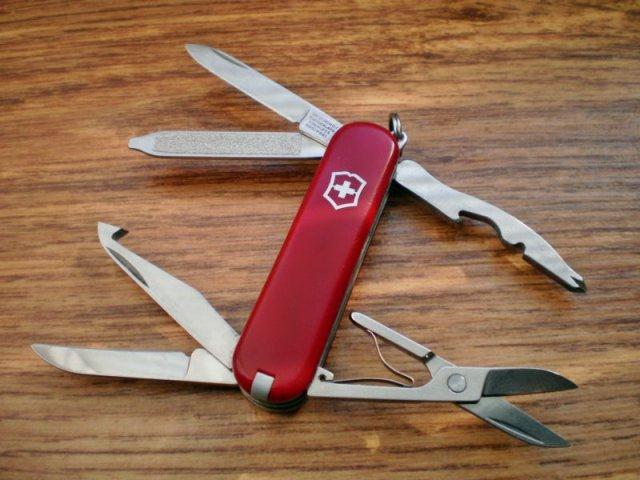 The Vagabond Alox edition, with copper or silver scales, was introduced in 2012 as an exclusive for the dealer Swiss Bianco, who commissioned a special run of this model.

Name Disambiguation: The Vagabond tool configuration was known as the Manager at one time - See History below.

This model (toolset) has had three evolutionary changes based around changes to the combination/opener tool.

The first version was also known as the Mate and became available in 1995.
The wirestriper notch was added in 1997, and this could  have been when the Vagabond  name was first introduced. The Phillips screwdriver was introduced at a later stage.

The Phillips version, surprisingly, was also (initially and in some markets?)  known as the Manager - see this tool guide. This was probably before the current two-layer Manager was available.

The Vagabond is currently discontinued.