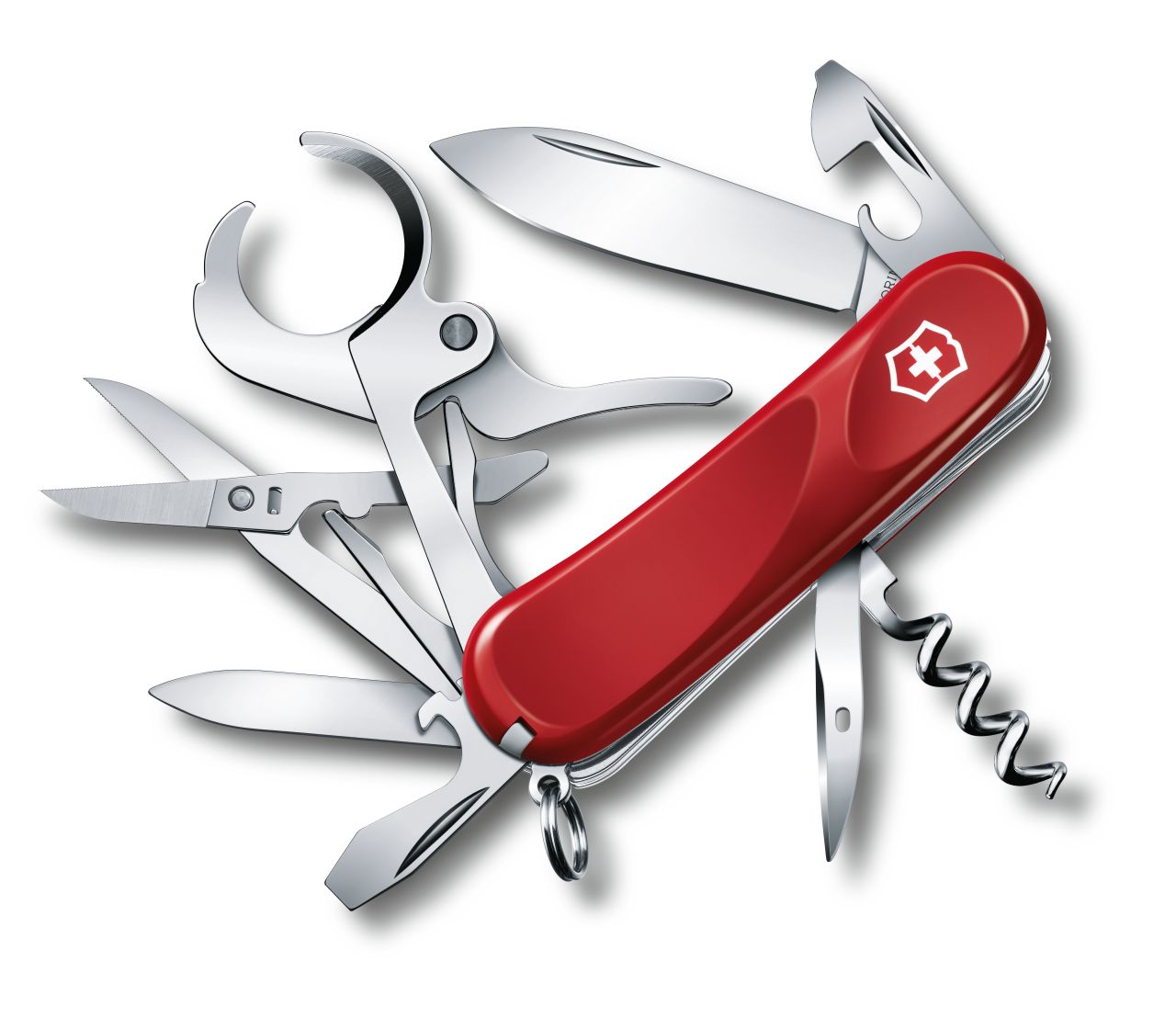 The Victorinox Cigar Evolution 36 and 79 models are 85mm Swiss Army Knives featuring the unique Wenger  Cigar cutting tool and Wenger style ergonomic 'Evolution' contoured scales.
The 79 has an extended toolset over the 36.

Additional Tools for the Model 79

Two models as described above

Victorinox ceased production of Wenger Swiss Army Knives in 2014 , however they decided to continue manufacturing of some of the former Wenger knives under the Victorinox 'Delémont' brand. These are two of them.
For differences between the Victorinox and Wenger versions - See the main Delémont 85mm page.