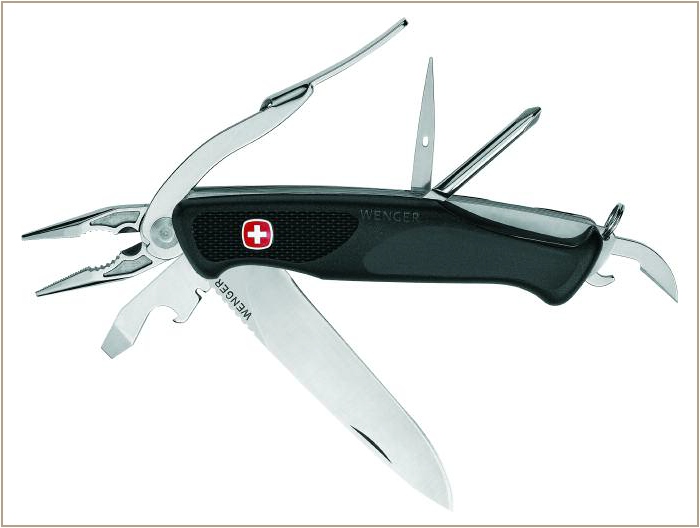 The Wenger Ranger 75 features the Ranger pliers and a Phillips screwdriver on the backsping, it was also known as the Handyman.

Name Disambiguation: The closely related Ranger 74, which replaces the Phillips screwdriver with a corkscrew, was also known as the Handyman in the markets where it was sold.

Discontinued model - Although the Ranger 74, is available as a Victorinox Delémont.

The 'New Ranger' models featured Nylon Evolution scales, contoured to fit the hand, and usually in black. The first, and most common, Evo scales featured deep checkering molded into the thumb area on both sides (main photo). One side carried the Wenger cross logo, along with 'WENGER' molded into the scales. The logo is a push button, which, when depressed, releases the liner lock on the knife blade.

The RangerGrip models feature rubber inlays within the contours, to help with retention under a wide range of conditions.

The RangerGrip 75 had the same tools with 'Grip' scales. See photo above

The RangerGrip 75 was released in the spring of 2009. This new series of models was shown at the SHOT Show a few months earlier.