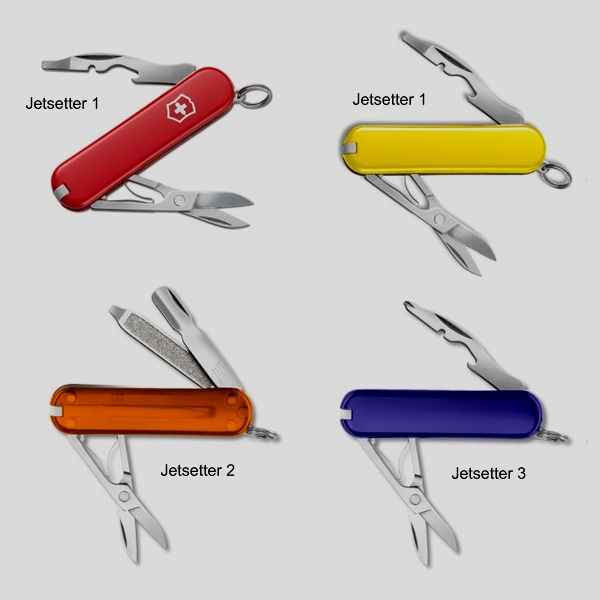 The Victorinox Jetsetter Series was introduced in 2012, replacing and the existing Bladeless model and adding new models, some are still available (2019) - see below.
This development was largely dictated by the current (stupid?)  restrictions placed on air travel items.

Also in partnership with the Apple company, Victorinox introduced an additional three USB Flash Drive models of the Jetsetter, which were sold in Apple stores, however these models are now withdrawn - see below for details.

There is also a more recent model, the Jetsetter@Work, that contains a USB drive.

This model became available in 2017, and adds a:

... to the Jetsetter  toolset
This model is only available in silver Alox scales, so also removes the toothpick and tweezers.

From the Jetsetter (3): Exchanges the Phillips combi tool for a:

From the Jetsetter (3): Replaces the Phillips combi tool with:

The Apple models appear to be withdrawn, as of at least 2017 - probably much earlier.

and the following tools common to all models:

Introduced in 2012 in the Premiums market for the non Flash Drive versions.
The exclusive deal with the Apple Flash Drive models was announced in November 2012.
The Apple models are withdrawn (2017) - They may have suffered the same software version problems as were found in the Victorinox Secure (History  section).