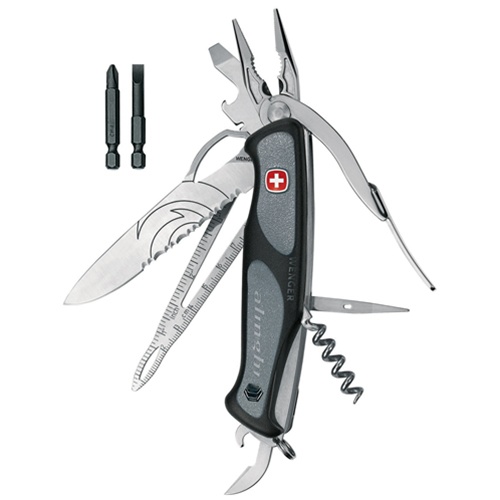 The Wenger Alinghi 181, also known as the Alinghi SUI-1, is intended for maritime use, having a large marlinspike with shackle opener. The SUI-1 features a versatile ¼" standard bit-driver, allowing the tool to be configured for a wide variety of tasks, it comes with a fitted nylon sheath, that has an additional pocket in which to store the screwdriver bits.

Models in the Alinghi series are also known as the Yachtsman, and were developed in cooperation with the Switzerland based Alinghi Sailing Race Team.

Withdrawn - Although available as a Victorinox Delémont - See Related Models

For information on the Alinghi team and the Wenger Alinghi models see the Alinghi Wiki page.