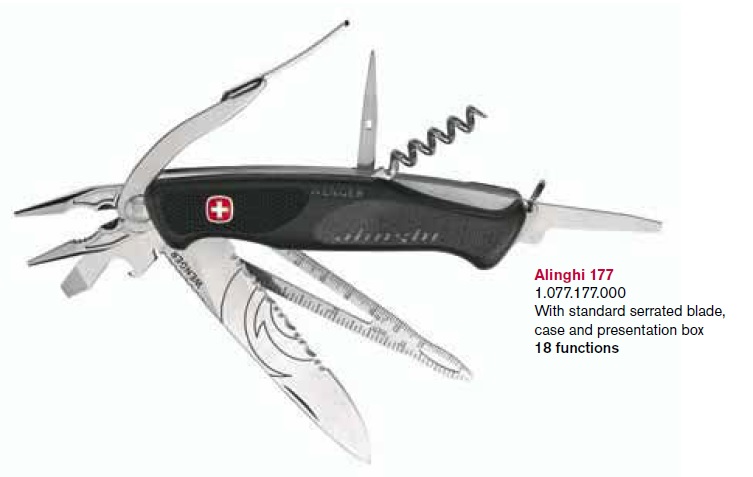 The Wenger Alinghi 177 model is intended for maritime use, having a large marlinspike / shackle opener. This model, and the others in the Alinghi series, are also known as the Yachtsman. This model was developed in cooperation with the Switzerland based Alinghi sailing race team, which first won the America's Cup in 2003. The Alinghi comes with a fitted nylon sheath.

Black Nylon scales, contoured in the Evolution style to fit the hand. Deep checkering is moulded into the thumb area on both sides. One side carries the Wenger cross logo, along with the Wenger name and 'Alinghi' is molded into the scales. The cross logo icon is a push button, which, when depressed, releases the liner lock on the knife blade.