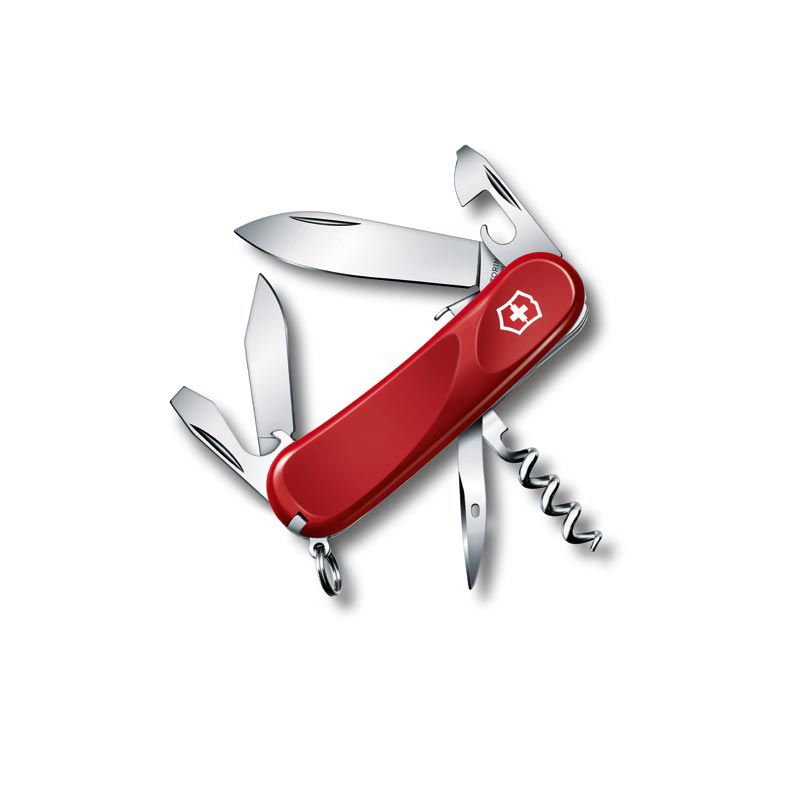 The Victorinox Evolution S101 is a two-layer 85mm Swiss Army Knife with blades, openers and a corkscrew.

The Evolution S111 is an equivalent model but with a Phillips driver replacing the corkscrew.

Both models feature a 'security'/locking main blade. They are unusual for the Delémonts in that they have a small pen blade in place of the more common nail-file. Various scale options are available – See Scales and Identifiers below. 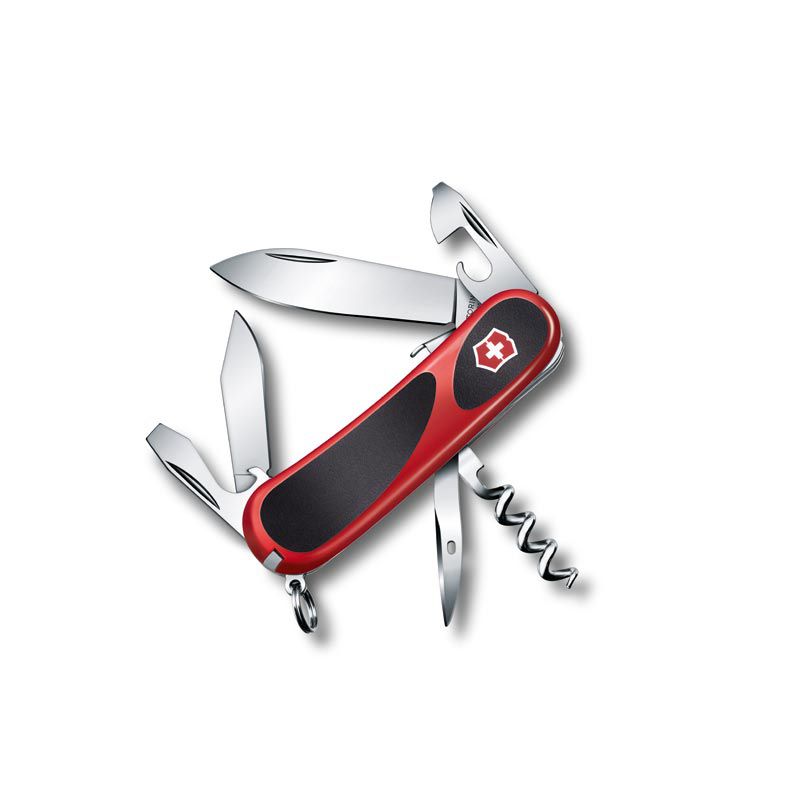 Victorinox ceased production of Wenger Swiss Army Knives in 2014 , however they decided to continue manufacturing some of the former Wenger knives under the Victorinox 'Delémont' brand. These are some of them.
For differences between the Victorinox and Wenger versions - See the main Delémont 85mm page.