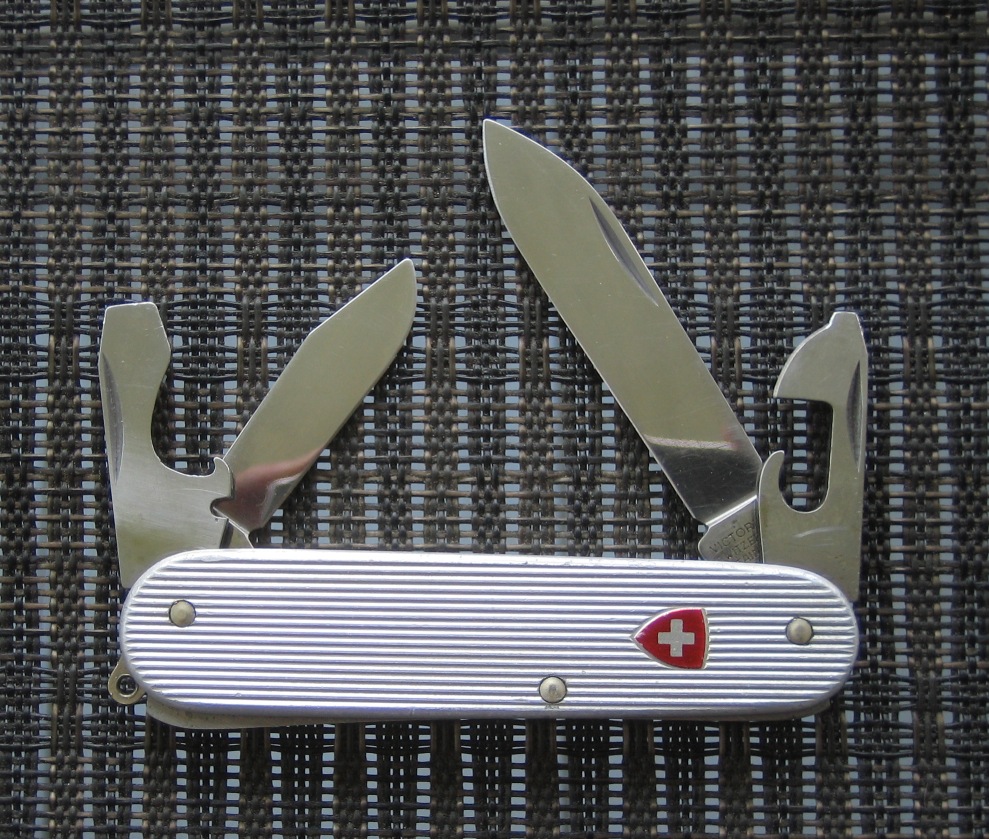 The Victorinox Cadet II replaces the nail file on the popular 84mm Cadet model with a small blade.
The Cadet II predates the current Cadet, and in earlier catalogs it is referred to as the Cadet!

This model is discontinued.

This model was originally produced with horizontally ribbed scales in silver or red Alox, and also featured a small clip-point blade. It was originally known as the Cadet. The model later transitioned to checkered Alox scales and a drop-point blade.
A significant change occurred when the small blade was replaced by the small nail file/cleaner. This new version was initially known as the Cadet II. However the newer model took on the name of its predecessor, with the original Cadet now being branded the Cadet II.
This swapping or changing of names is not uncommon by Victorinox, and is confusing to collectors who are interested in older models!