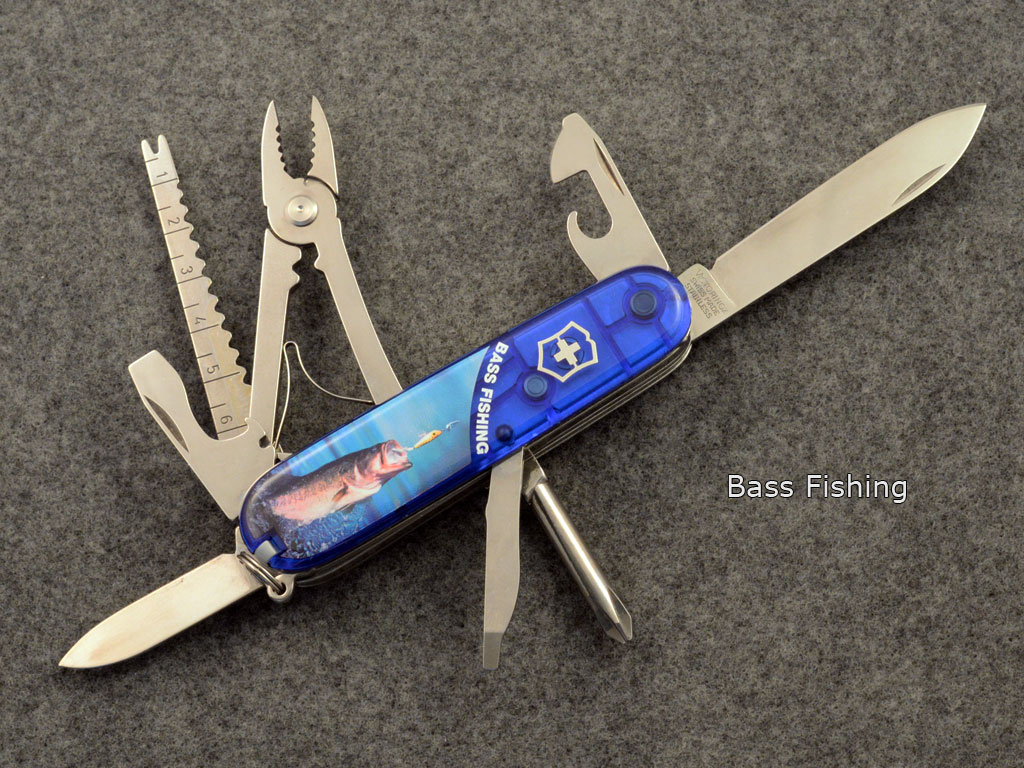 The Victorinox Bass Fishing is a 91mm Swiss Army Knife that was part of the Smoky Mountain Knife Works (SMKW) exclusive Wildlife Series.
Its toolset is similar to the Angler and Fisherman models, but with the SMKW unique Wildlife Series scales, and the unusual feature of a fine screwdriver tool replacing the standard backside reamer.

Transparent blue Cellidor, with a color photograph of a bass fish and the white lettered printing BASS FISHING.

This knife, along with three others, were part of an exclusive Wildlife Series that Victorinox manufactured for a prominent American dealer the Smoky Mountain Knife Works (SMKW).
In 2009 they started to be available from a few other dealers as remaining stock was being cleared out.

Other models in the Wildlife Series